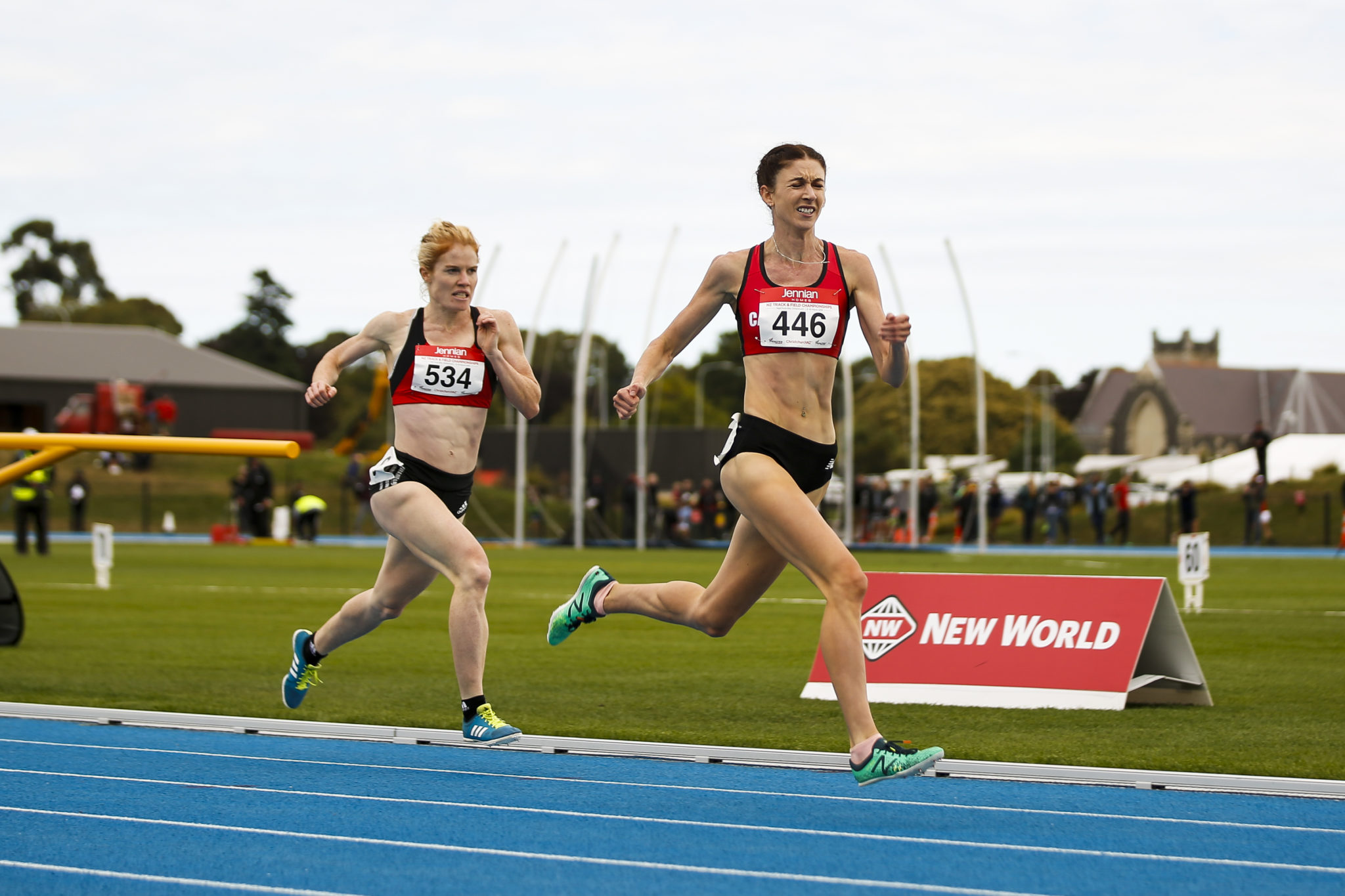 Katherine Camp is looking to claim her third consecutive title in the women’s mile at the Lovelock Classic (Photo: Alisha Lovrich)

The annual Lovelock Mile will be the highlight of the first meeting of the iconic ‘Classic’ series around the country this summer, which kicks off with the Lovelock Classic this Saturday.

The mile is the main feature of the national permit meeting at the Aorangi Stadium in Timaru.

It has been held each year since 2008 and is in honour of the legendary Jack Lovelock, who attended Timaru Boys’ High School and went on to compete in the 1932 Los Angeles Olympic Games, finishing seventh in the 1500m, and four years later in the 1936 Berlin Olympic Games, winning the 1500m gold medal in a world record time of 3:47.8.

On Saturday, Chanel Muir will be defending the Lovelock Mile title he won last year in a personal best of 4:15.15. The 18-year-old has shown plenty of promise over the last two years, winning the national junior 1500m title last year and, at the national secondary schools championships last month, finishing second in the 1500m in a best time for him of 3:59.45.

Tom Moulai, who has a best mile of 4:15.76 in the United States, has entered along with last year’s Capital Classic 1500m winner Daniel Roswell and Christopher Dryden, who was third in the Lovelock last year in 4:18.15.

Ieuan van der Peet, fourth last year and second in 2019, has returned as well as Max Yanzick, fifth last year, and Ethan Smolej, who was seventh.

The winner will receive $600 and a further $400 if they break the four-minute mark.

Tiaan Whelpton will be looking to repeat his sprint double from last year. The 2019 national junior 100m champion was third in the national senior championship last season.

Rosie Elliott will also be defending her Lovelock sprint titles after winning in 11.86 and 23.92. She was runner-up to Zoe Hobbs in the national championship 100m and 200m. Fiona Morrison has entered both the sprints and the 100m hurdles. Christina Ryan will provide competition in the hurdles.

Mile contender Dryden is also entered in the 3000m, which he won last year in 8:43.85. Jared Lautenslager with a best of 8:31.26 will be aiming to wrestle the title from him.

Mountain running champion Sabrina Grogan and Sarah Douglas, runner-up in the national 5000m, will battle it out in the women’s 3000m.

National champion Felix McDonald is down for the long jump, along with Cameron Moffitt and Sam McDonald. Another national champion, Luke Mercieca, will meanwhile compete in the 400m.

Jared Neighbours will have a busy afternoon of athletics having entered four field events and the 110m hurdles. Promising junior heptathlete Sarah Langsbury also has a big day ahead of her and will compete in the 200m, long jump and 100m hurdles.

Please note there will be no live streaming of the 2021 Lovelock Classic.