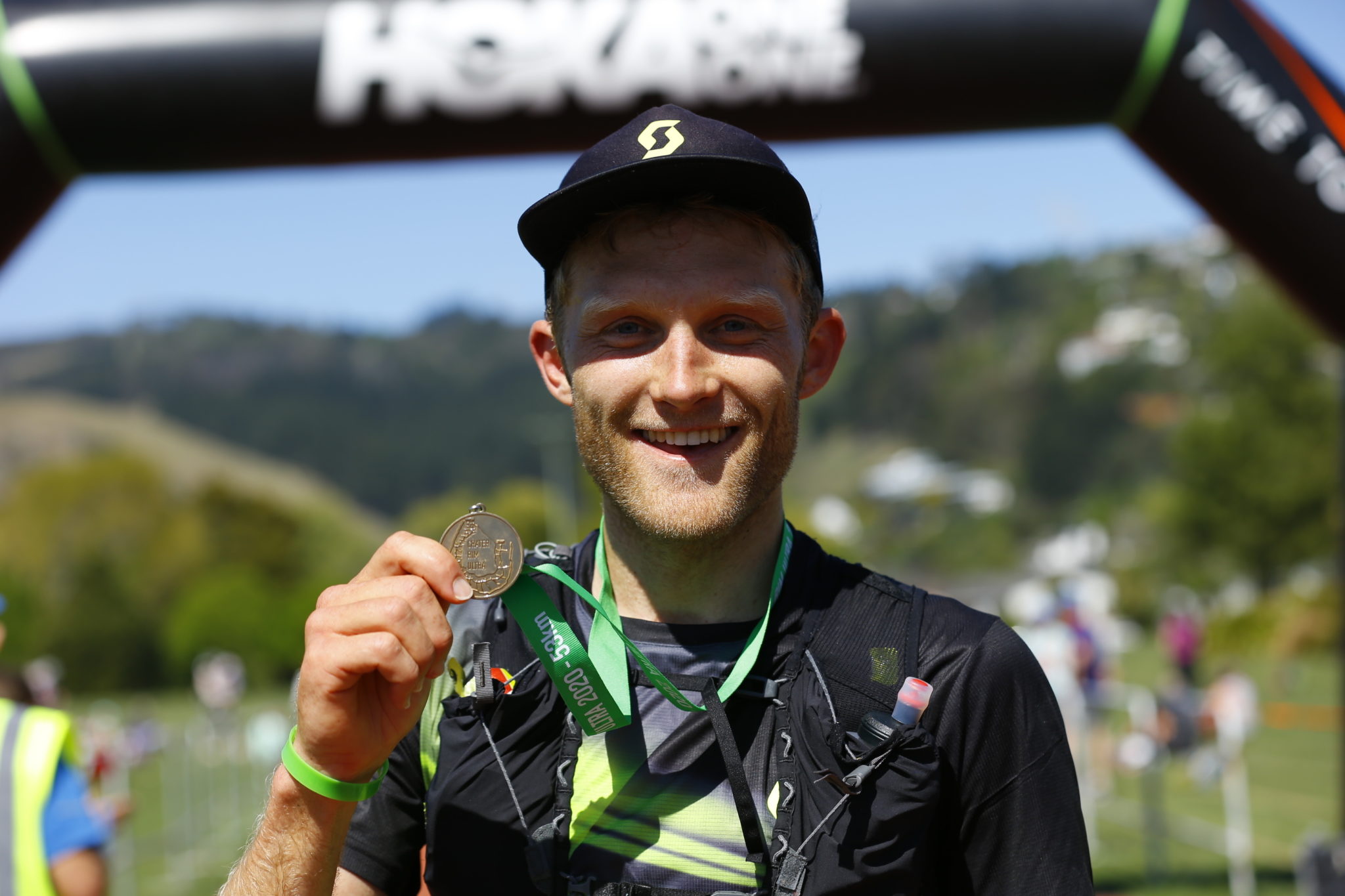 Recently minted New Zealand Trail Running champion Weston Hill was elated to win his first national title in Christchurch last month. Steve Landells spoke to the Queenstown-based engineer to reflect on his journey so far and his future ambitions.

Perhaps due to his upbringing on a beef and sheep farm just outside of Upper Hutt, Weston Hill has always been a bit of a mountain goat.

The New Zealand trail running champion fondly recalls his days running in bare feet on the rough ground of the farm – a skill he has successfully translated into his life as one of the country’s leading trail runners.

“I don’t have much natural speed but I’ve always had a natural ability running on the rough terrain and I love the more technical races. I particularly enjoy the European races, which are steep with a lot of climbing.”

At the New Zealand Trail Running Championships, which were incorporated into the 53km Crater Rim Ultra, Weston was forced to draw upon all of these skills.

After a relatively tight battle with Scott Hawker for the first 20km, it was during the rugged terrain where the Queenstown-based runner accelerated clear of his big rival to canter to victory by more than an eight-and-a-half-minute margin.

The accomplishment was one of the most impressive of the modest 28-year-old’s career so far – affirmation that he is on the right track to one day deliver his ambition to feature for New Zealand at a World Trail Running Championships.

Born into a sporting family – his uncle is former All Black first five-eight Earle Kirton – Weston describes himself, slightly disparagingly, as “the runt of the litter”.

At the age of two he contracted epiglottitis, an infection and swelling in the throat which blocks the breathing passages. A condition now extremely rare, thanks to a successful vaccination programme, the disease proved almost fatal to Weston.

“I spent time in ICU and almost died,” he explains.

“Thankfully, I recovered, although it took a real hit on my immune system and for many years in my childhood I was prone to throat and ear infections. I was always very small for my age up until the age of around 17. It definitely meant, for me, rugby was not on the cards.”

In his youth, however, he did discover he had a good natural aerobic capacity. At primary school he was one of the two fastest cross country runners in his year and, although his interest in running dropped away while a student at Hutt International Boys’ School, he developed a passion for mountain biking and won team medals in the two-wheel sport at the national secondary schools championships.

It was only later after moving to the South Island to study engineering in Christchurch that he re-discovered an interest in running after a friend persuaded him to enter the Ashley Forest Half Marathon – a 21.1km endurance test on the trails.

He agreed, and despite very little training finished third.

“I surprised myself how much I enjoyed running once again, that race ignited my interest in trail running. I started running more often and found it a good way to relax from the demands of doing an engineering degree.”

He was quickly introduced to a thriving running community in Christchurch and started to race more frequently. As his endurance developed, his technical ability came to the fore.

Weston impressed when placing third in the Ultra Easy 100km Mountain Run in Wanaka – a performance which reinforced the belief he had the pace to survive the longer distances.

After graduating in 2014, he spent a couple of years working as an engineer in Christchurch but it was during this time that his priorities started to shift. He had an itch he wanted to scratch, which was a desire to test himself internationally on the trail running circuit.

“I knew if I remained an engineer I wouldn’t be able to get any faster as a runner,” Weston admits.

“I also knew because I’d started the sport later than others, I was a few years behind many of my peers in terms of training years. So I took a risk and went travelling, spending six months of the year competing in the New Zealand summer and six months in the Northern Hemisphere summer.”

Working on the family farm for his six months in New Zealand, money was often tight in his overseas adventures.

He recalls one season while in America living out of the back of a van he’d bought for $1300 for several months.

“It was a total heap but I camped out of the back of the van and showered in the river.” 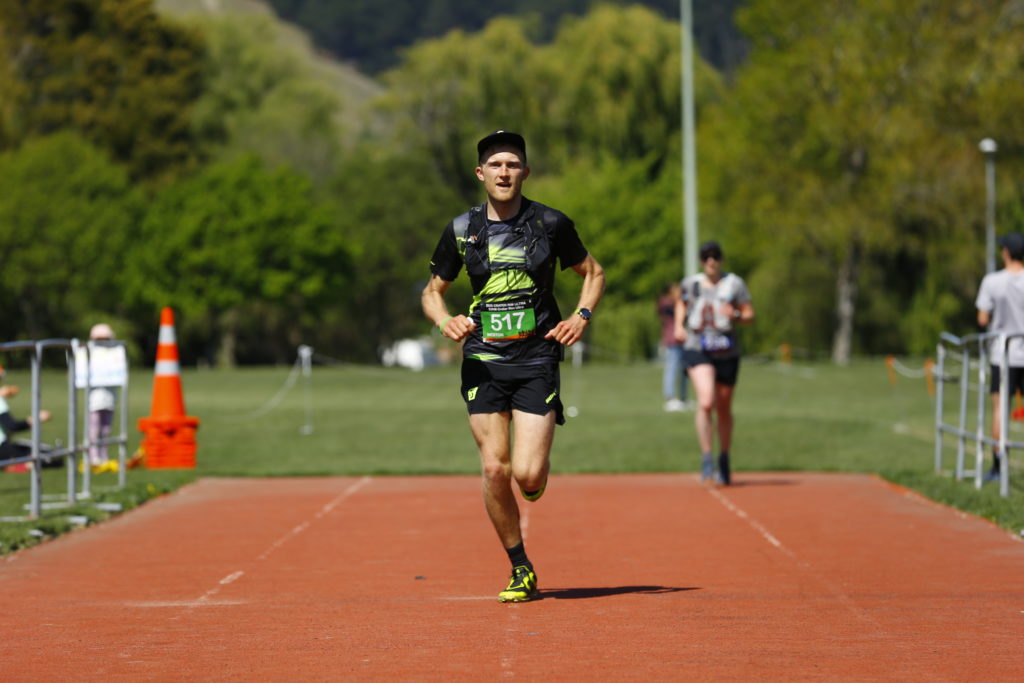 In 2018, he spent several months living and training in the French alpine resort of Chamonix. The altitude training and racing opportunities were too good to turn down and he took up dog walking, painting and other odd jobs to make ends meet.

Yet all the time he was learning his craft, gradually improving and finding his feet in both the domestic and North American and European Sky Running series – a form of mountain running at altitudes in excess of 2000m with steep gradients.

The mountain goat had found his calling. In 2017, he claimed third spot in the Aspen Power of Four US Sky Running series and impressed in Europe the next year to place 13th overall in the 100km CCC (UTMB) in the Ultra Trail World Series – one of the most coveted events on the ultra-running circuit.

“It was one of my biggest results,” he says of his performance in placing 13th in the event on Mt Blanc in France.

Last year he continued to impress, placing fifth in the Madeira SkyRunning World Series and qualifying for the end-of-season championships, which he unfortunately could not attend because he was back in New Zealand.

Given his background as a mountain biker, Weston has also earned invites to compete in various multisport events in China.

Weston has also impressed domestically. A winner of the inaugural Crater Rim Ultra in Christchurch in 2017, last year he finished top of the pile at the 58km Valley Ultra event and earlier this year placed second behind Hawker at the Shotover Moonlight Mountain Marathon.

He was all set for another season of international competition only for the global pandemic to strike, which left him grounded in New Zealand.

“Because so many of us (the top trail runners) are in New Zealand at the moment, this means we’ve enjoyed some high-quality racing, so made the most of being here.”

Now based in Queenstown as a contract engineer, he has access to an ideal training environment.

Self-coached for much of his career, this year for the first time he has received a training schedule from a friend and feels this has contributed to an improved level of fitness.

“He has also concentrated on making the harder days harder and the easier days easier. It has definitely been beneficial to have someone else track your training.”

In June, he gained revenge on Hawker – who in 2019 won bronze in the 171km Ultra Trail du Mont Blanc event – at the 44km Mt Difficulty race.

And for some time the pair have targeted the 53km Crater Rim Ultra, which had the additional carrot of the New Zealand trail running title on the line.

On a sunny windless day on the Port Hills last month, it was Weston who prevailed with a dominant performance, setting a race record time of 4:38:31.

“It is awesome to be national champion,” he says. “It was a good battle with Scotty, in a great environment.”

Given the uncertainty of Covid, he does not have many set targets for the future. He hopes to run more races domestically over the summer and would love to be given the opportunity to race back in Europe – a major target of which would be to compete for New Zealand at the World Trail Running Championships.

Yet, whatever happens in the future, Weston remains firm in his passion and love for trail running.

“I like the fact I compete in a sport which is perceived to be hard,” he explains.

“I enjoy chipping away at this and improving, I find this very rewarding. I also love being out in the mountains, I feel very comfortable in that rugged environment.”