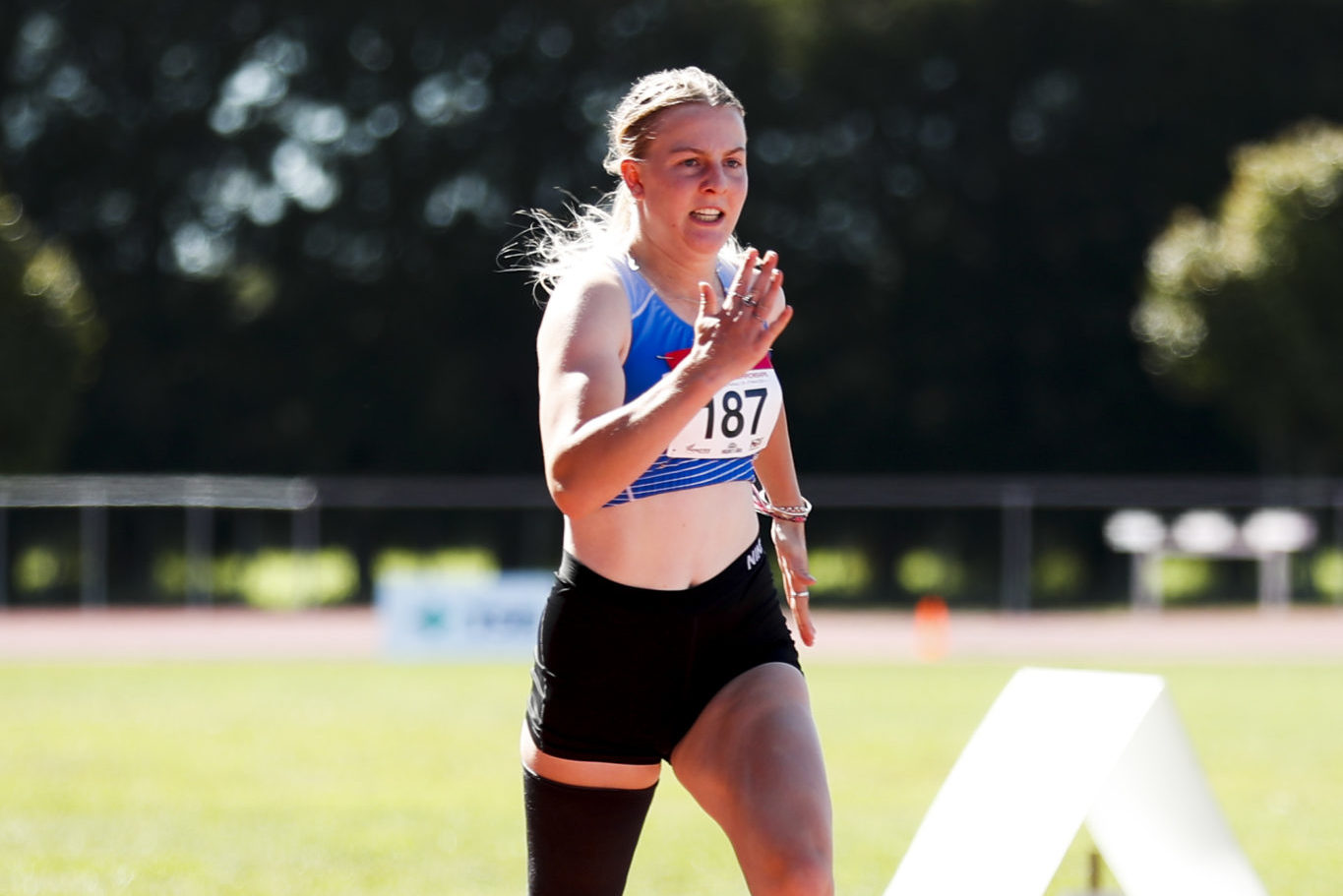 At age 13, Steven had six months of chemotherapy and major surgery that led to the amputation of her leg. When she first began to run she saw an opportunity to become a national-level athlete and push her limits, but also encourage others living with disability to get involved in sport.

Steven began running competitively in 2016 when she was 16 years old. She had been inspired after seeing the performances of the New Zealand Paralympic Team at Rio 2016, particularly Paralympian #197 Liam Malone, a fellow Kiwi blade runner. Then, after meeting Liam at a ‘welcome home’ event and attending an Open Day event for Para sport, it was suggested to Steven to try athletics, and she decided to give it a go.

Steven quickly excelled over the shorter sprint distances on the track and was selected in the New Zealand Para athletics team for the 2017 World Junior Para Athletics Championships just six months after first competing in a domestic athletics competition. She competed in the 100m and 200m, the events that would become her focus as she set her sights on the 2019 World Para Athletics Championships in Dubai and the Tokyo 2020 Paralympic Games.

In Dubai at the 2019 World Para Athletics Championships, Steven set a new Oceania Area Record in the Women’s 100m T64, placing 5th in her heat, and took 7th in the Women’s 200m T64 final.

Para athlete Anna Steven said: “It is going to be an incredible experience in Tokyo making my Paralympic debut. I’m looking forward to making my friends and family back in New Zealand proud while representing New Zealand and wearing the silver fern.”

Paula Tesoriero (Chef de Mission, NZ Paralympic Team) said, “We are thrilled to welcome Anna to the New Zealand Paralympic Team and I look forward to seeing her making her Paralympic debut on the track in Tokyo.”

Fiona Allan (Chief Executive, PNZ) said, “It is fantastic to announce Anna’s selection today to represent New Zealand at the Tokyo 2020 Paralympic Games. This will be the 14th consecutive Paralympic Games that we have competed in Para athletics since Tel Aviv in 1968. Anna will now join the 7 Para athletics athletes announced earlier in May and July, bringing the Para athletics team to 8 in total.”

Peter Pfitzinger (Chief Executive, Athletics New Zealand) said: “On behalf of the New Zealand athletics community I would like to congratulate Anna on her selection to the New Zealand Paralympic Team. I know Anna was inspired to take up athletics after watching the team in Rio and will now be the one inspiring the next generation. We are proud to now have 8 Para athletes representing our sport at the Tokyo 2020 Paralympic Games.”

The Tokyo 2020 Paralympic Games will be held from Tuesday 24 August to Sunday 5 September 2021 and will include 22 Para sports on the event schedule and up to 4,400 Paralympians competing. The Paralympic Games is the largest event worldwide for driving social change and inclusion.