Q and A with Cody Wilson 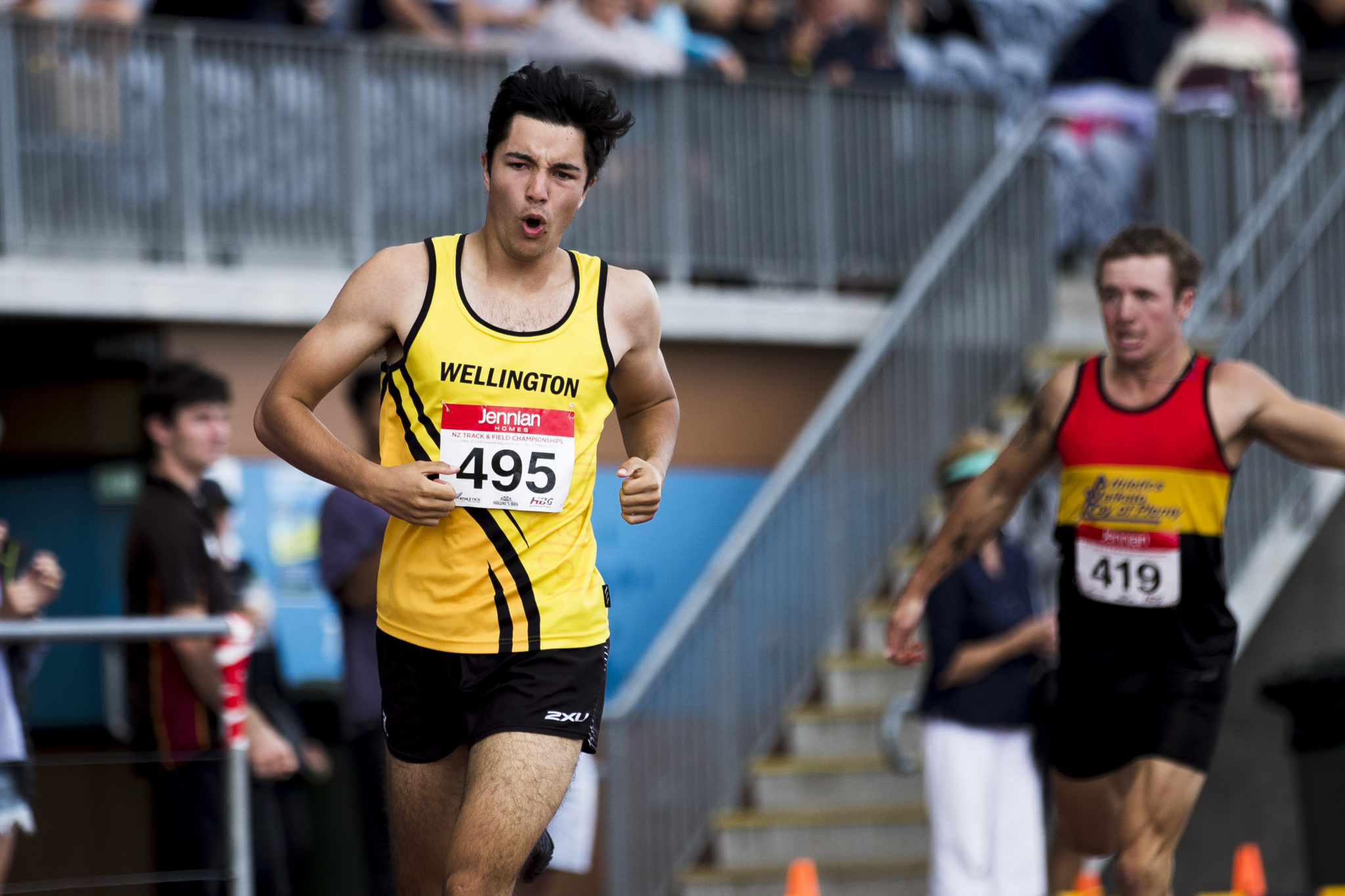 Next up to answer our fiendishly difficult questions is the 20-year-old national senior men’s 200m champion from Mana AAC.

I didn’t really get a choice. My mum signed me up for Eltham Athletics Club when I was literally a one-year-old. So, in a weird way I’m kind of a veteran in this sport.

It would’ve been my coach Alan Taylor telling me ‘Don’t run the race before you’ve ran it.’ Mainly because I have this bad habit of thinking too much before I run.

It would have to be the 2020 Cooks Classic. Me and my training buddy Isaac Oliver taking down Eddie (Osei-Nketia) and Joseph (Millar) in a 2x100m. Just the sheer amount of excitement I got when I handed that baton over to Isaac and we were in the lead and then finding out we won. No medal or singlet is ever going to eclipse the pure joy of my buddy and I taking down two of the fastest
people in New Zealand history.

All of the lows I’ve experienced in athletics are based around people I should’ve beaten, beating me. I’ve been fortunate enough to never have a serious injury, but I focus a lot of my progress on the people I’m running against. Which on the one hand pushes me to chase the next person above me in the food chain. But also pulls me right down when I take a loss I shouldn’t have.

I would love to say an Olympian or a national record-holder, but I think as long as I’m still in the sport, whether it is competing, coaching or officiating, I’ll be happy.

I guess it would be not taking better care of my body sooner. I had a national title before I started drinking water regularly. It’s annoying to think back on how much better I could’ve been if I’d been a bit healthier.

It’s always fun to see what athletes are doing post-retirement. I like following Usain Bolt but I do also like people who tend to have a bit of fun. @alishalovrich is always a laugh.

I don’t have a specific post that I like more than others, but a more general ‘back to training’ post from athletes I know have been injured have always put a smile on my face.

I would love to see greater accessibility for officials at certain meets. My mum and I have loved marshalling at all kinds of meets from Colgate Games to National Secondary Schools, but it’s annoying to be asked to do an event nine hours away and have to find our own way there and back and accommodation. I’m sure a lot of other officials have the same issues and as we don’t have a surplus of them in this country, we need to treat them well.

Outside of athletics, what is your greatest accomplishment this year?

It would have to be finally getting a full-time job and helping my mum out!

Easy. Axolotl. They are so cool. The way they just sit there and exist. No bills. No social anxiety. Nothing. Just pure vibes.

My Nan always called me CJ. But besides that, my name always sufficed.

I’d say time manipulation. You could mess with so many people. I’d take the entire countries’ supply of something mundane like onions and just hide them just to mess with people.

What do you get when you cross a joke with a rhetorical question?

Being the best Call of Duty player in the retirement home.

If you put a bunch of crabs in a bucket, one of them could easily escape but its efforts will be undermined by the other crabs, resulting in the collective demise of the group. This is because of the Crab Mentality which is essentially the mentality of ‘if I can’t have it, neither can you.’

If you could host a talk show, what three guests would you invite and why?

First, I’d go Ryan Reynolds (actor) because who wouldn’t. My other two would have to be Neil deGrasse Tyson (American astrophysicist) and Samuel Shenton (founder of the flat Earth Society). Mainly because I’d love to see those two going at it.