Q and A with Shay Veitch 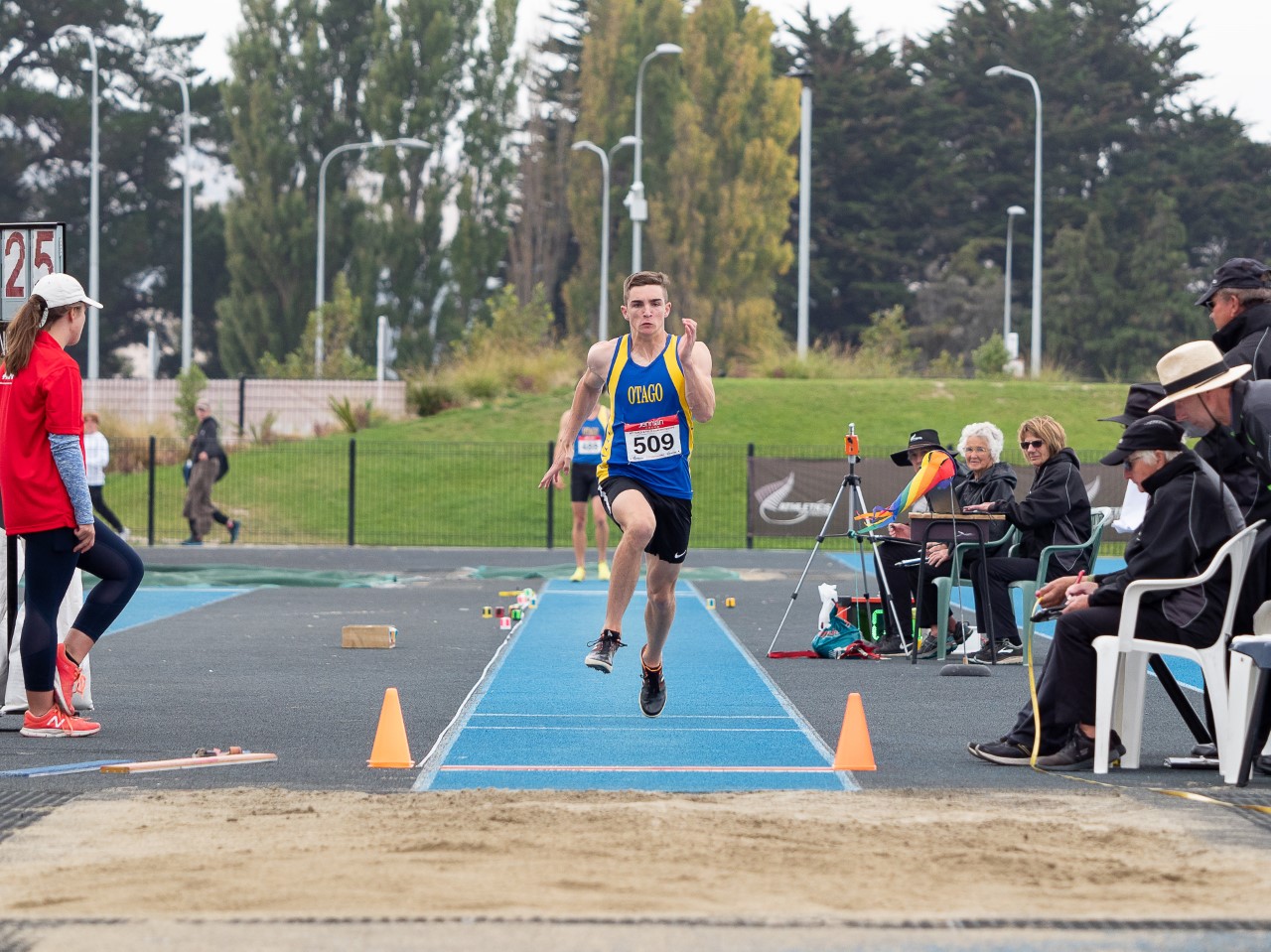 Multi-eventer Shay Veitch recently improved his long jump personal best out to 7.66m in Christchurch. We chat to the rising 20-year-old talent from Otago, who secured a national senior medal in the 400m and bronze medal in both the long jump and decathlon.

I placed third in the long jump at the school athletics day in Year 11, with a modest starting point of 5.30m.

It was the 2019 NZ Secondary Schools nationals. Training for that 400m race had me pushing myself more than ever, and running the final in the rain was poetic (Shay struck gold in Wellington in 47.52).

I fortunately haven’t had any severe injuries, but an Achilles issue had me worried earlier this season. Having to cut back on training when everything had been going well was frustrating.

To consistently compete at the international level is something I want to achieve. It would be great to look back knowing that I’ve done all I can to perform at my best.

Not starting the sport earlier. I decided to fully commit to athletics at the start of 2018, a couple of extra years as a junior would have been helpful.

Ruswahl Samaai (the 2017 world long jump bronze medallist from South Africa). I love how he actually posts training videos instead of every other post being a brand endorsement.

The post from the NZSS nationals 2018. I’d produced a breakthrough performance, where I added half-a-metre to my long jump PB.

It would be interesting to see some uncommon events done more often, like medley relays and elimination races.

Greg Rutherford (the 2012 Olympic champion and 2015 world champion from Great Britain). He would always peak correctly for championship meets and was always consistent on the board, beating people who were perhaps more talented.

I’m happy with how I managed my time this year, I was able to do well in university while training.

I fully butchered an art project in Year 10, my friends thought it was quite funny when it got hung on the wall with my name on it.

An orca. They’re crazy intelligent and nothing can really mess with them.

I used to be called the turtle because I had to wear a plastic back brace for a few months due to a vertebrae stress fracture.

If you could have a superpower what would it be and why?

Being able to talk to animals would be interesting, I think it would ruin the sport for me if I had super strength, speed or could fly.

What wears blue and gold, runs for 395 metres, and then falls over? Me in Christchurch.

With a respectable athletics career behind me and still involved in the sport in some way, I don’t think I’d be able to fully walk away from it.

Raw liver is one of the most micronutrient dense things that you can eat, which is why animal pack leaders usually claim it for themselves.

If you could change one thing in the world what would it be and why?

Having a reliable nuclear fusion reactor would solve a lot of sustainability problems.

I love rambling on about athletics for hours so I’d take the opportunity to talk to Michael Norman, Noah Lyles and Karsten Warholm. They all seem pretty sound and are at the top of the sport.