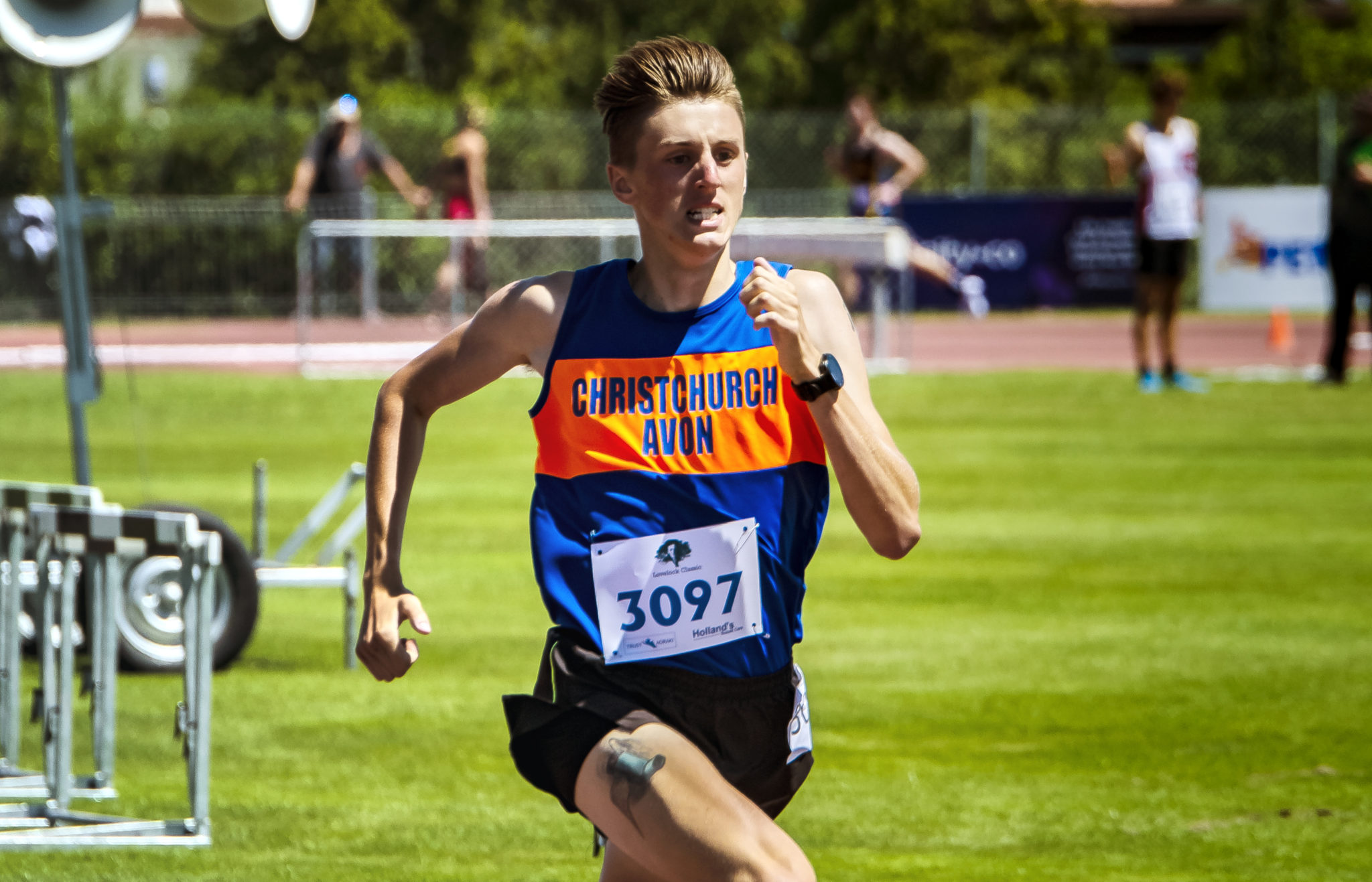 The 19-year-old destroyed his previous mile best by more than seven seconds to take out the feature event in 4:16.12 before returning to the track just under an hour later to triumph in the 800m (1:58.00).

In a highly-competitive mile, Roswell was content to track Christopher Dryden and Ieaun van der Peet until the business end of the race.

Roswell hit the bell at the front, only for the 2020 Lovelock Mile winner Chanel Muir to launch an attack and quickly open up a five-metre advantage on the field.

But Roswell refused to panic and slowly reeled in his Christchurch Avon club-mate. The race victor took the lead around the final bend before kicking clear to claim a decisive win by a 2.14-second margin from Muir.

Roswell then returned for the 800m, where his impressive acceleration over the final 300m propelled him to the race victory 1.53 seconds clear of Jedidiah Thompson-Fawcett of the Hill City club.

Roswell, who last month set sizeable personal bests for the 800m (1:54.61) and 3000m (8:38.39) and is currently in the form of his life under the guidance of long-time coach Patrick Enright, was delighted with his efforts.

“I’m incredibly happy and proud of myself, I don’t think it has quite sunk in yet,” he said.

“My expectation coming into the mile was just to try and hang on. I knew the field was extremely talented and Chanel has a very strong sprint. I did what I had to and then took off at the end. My body recovered well between races and I was incredibly happy to also win the 800m.”

For the remainder of the season, Roswell, who shortly starts a civil engineering degree at the University of Canterbury, is targeting Canterbury U-20 records in both the 800m and 1500m and a medal at the Jennian Homes New Zealand Track and Field Championships, to be held in Hawke’s Bay in March.

Katherine Camp meanwhile produced a dominant display to secure a hat-trick of victories in the women’s mile, recording a time of 4:51.44 to finish comfortably clear of second-placed Tillie Hollyer (5:07.18).

The national 800m champion has only recently returned to full training after suffering a stress fracture of the second metatarsal in October so, given her recent injury setback, was pleased with her performance.

“I’m happy with the mile win,” she said.

“It was a little lonely out there at times but I felt quite strong and it felt pretty comfortable. I’m reasonably satisfied with my performance and I’m looking forward to the rest of the season.”

Camp returned to the track just 30 minutes later for the 800m but, in a pre-planned move to use the outing as a training exercise, she completed the first 600m before dropping out. Following Camp’s DNF, 15-year-old Samantha Fookes (Queenstown) made the most of her opportunity to win the women’s two-lap event in a time of 2:16.48.

Tiaan Whelpton (Christchurch Old Boys United) was similarly dominant in the men’s sprints as the national 100m bronze medallist clinched victory in the 100m in a wind-aided time of 10.68 before later banking the 200m in 21.97.

National women’s 100m hurdles silver medallist Amy Robertson recorded a swift 13.79 to win her speciality event in a time 0.01 quicker than her personal best. However, with no official wind reading taken from this event, the mark cannot be classified as a lifetime best for the 21-year-old Aucklander, who nonetheless revealed great form.