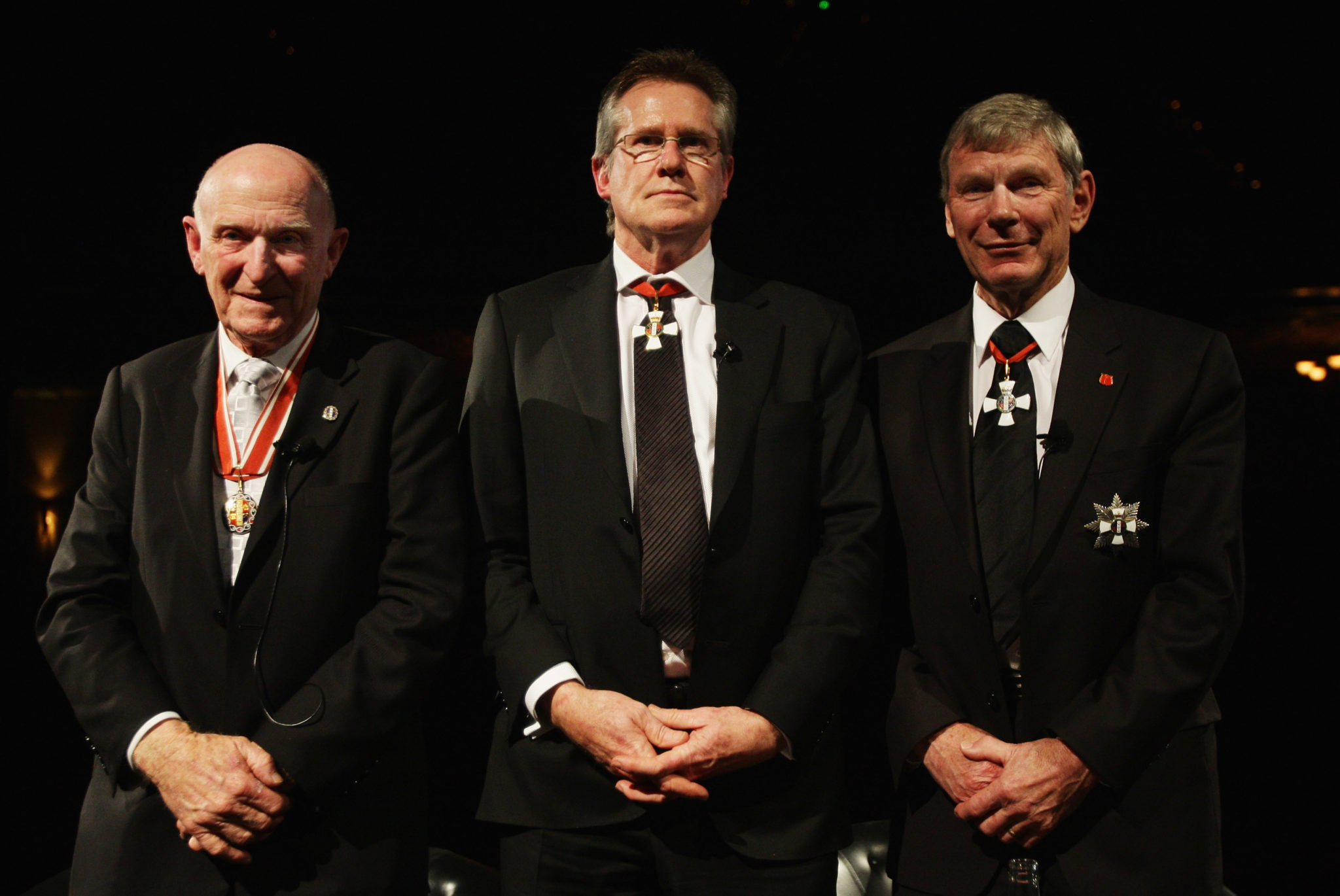 Walker was welcomed into the honorary role at the 133rd Athletics NZ Annual General Meeting (AGM), which was held at Bruce Pulman Park in Auckland today.

He is the second successive Olympic 1500m gold medallist and mile world record holder to assume the position, which has been vacant since the sad passing of Sir Peter Snell last December.

“It’s a great honour to be named Patron of Athletics NZ and to follow in the esteemed footsteps of a legend like Sir Peter Snell, who was a huge inspiration to me,” Walker says.

“I am excited by the strategic direction of Athletics NZ as the organisation looks to ensure all New Zealanders have the chance to take part in athletics in a safe and enjoyable environment.”

Now 68, Walker was the first person to run a mile in under 3 minutes and 50 seconds and won 1500m gold at the 1976 Montreal Olympic Games. He also won three medals at the Commonwealth Games, as well as breaking numerous national and international records.

Coached throughout his remarkable career by Arch Jelley, he also helped the New Zealand team to a senior men’s title – for the first and only time – at the 1975 World Cross Country Championships.

For more information on the achievements of Sir John Walker, please view his profile on the Legends section of the Athletics NZ website by clicking here

Athletics NZ CEO Peter Pfitzinger is delighted to welcome a person of such high standing into the position of Patron.

“Sir John Walker is a sporting icon, in both New Zealand and around the world, and we are honoured that he has accepted this role,” Pfitzinger says.

In addition to naming Walker as Patron, the 2020 Athletics NZ AGM also served to appoint Karen Gillum-Green (Athletics Taranaki) as Vice-President while Dianne Rodger (Waikato-Bay of Plenty) was confirmed as club appointee on the Board Appointments Panel.

Catherine Rossiter-Stead was appointed to the Board by the Board Appointments Panel while the available elected position was filled by Genevieve Macky. The two new Board members replace retiring members Chris Maister and Peter Wyatt.

“On behalf of Athletics NZ, I would like to thank Chris and Peter for their service on the Board and everything they have done for the sport of athletics,” Pfitzinger says.

Outside of the Board appointments, Debbie Strange was also named as just the second-ever recipient of the prestigious Arthur Eustace Award for Coaching, which serves to recognise an outstanding athletics coach whose behaviours align with Athletics NZ’s key coaching values.

A leading throws coach for several decades, Debbie has helped develop the careers of the likes of Beatrice Faumuina (discus) and Stuart Farquhar (javelin). She has attended a number of Commonwealth Games, World Championships and Olympic Games as a team coach or official. She has also been instrumental in educating coaches throughout the Oceania region and is a life member of the Oceania Athletics Association.

A long-time member of the Hamilton City Hawks athletics club, Debbie is still coaching in the Waikato-Bay of Plenty region. She follows in the footsteps of Southland coaching stalwart Lance Smith, who was named as inaugural winner of the Arthur Eustace Award in 2019.

The contribution of many others to athletics was also recognised at the AGM via confirmation of new Life Members, as well as Long Service Award and Merit Award winners as follows:

The Athletics NZ Board is now comprised of the following: