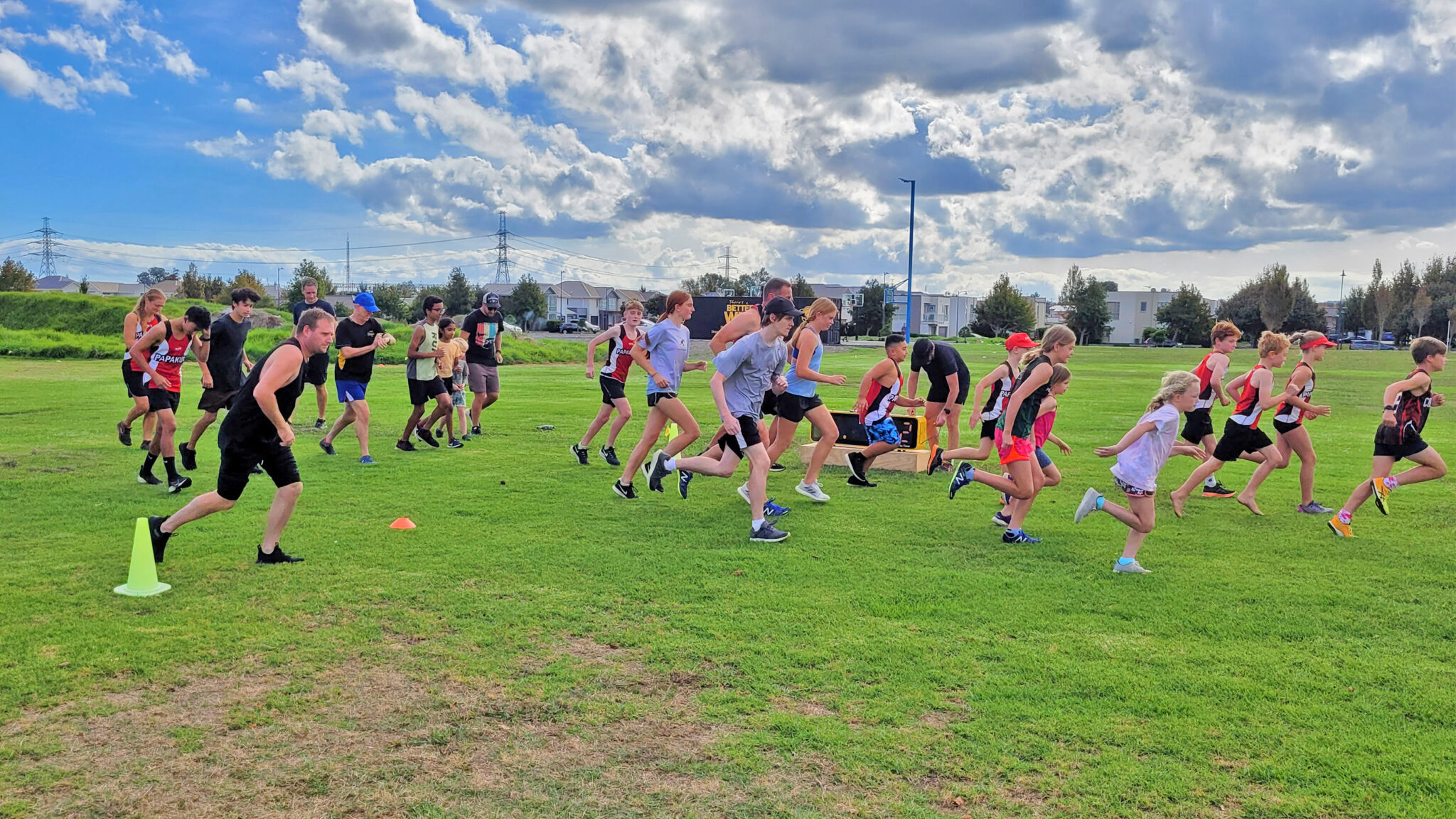 An innovative approach to recruiting new members has been at the heart of the philosophy of the Papakura Athletic and Harrier Club for the best part of the last year.

An innovative approach to recruiting new members has been at the heart of the philosophy of the Papakura Athletic and Harrier Club for the best part of the last year.

Club President Eric Sila believes connecting with the local community through fresh initiatives is critical for the future health and wellbeing of the club, and several activations implemented by the South Auckland club over the past ten months are to be lauded.

Eric, who has been at the heart of the club for more than a decade fulfilling a range of roles from coach, parent helper, cleaner, caretaker and canteen worker, took on the role of president last August just before the long Covid-related lockdown.

With Auckland in the red traffic light setting at that time and people unable to “meet and greet” outside of their family bubble, Eric and his team decided to mobilise the family unit by organising a virtual 3km in partnership with Papatoetoe AC.

“Our main motive was to get as many family bubbles as possible out exercising,” he explains. “At that time many kids were missing out on participation, so it made sense to us for the whole family to get involved. Every family recorded their 3km walk and posted an image on social media. We managed to connect with more than 200 individuals. This meant a lot of happy families with different level of fitness – which was encouraging to see. In fact, it proved so popular the next week we organised a 5km walk.

“We got some positive feedback together and good numbers participated from the Papatoetoe athletics club. It was great to be able to promote family unity in a time (lockdown) when people had the opportunity to spend a lot of quality time together.”

In more recent weeks the club has reached out to high school – Alfriston College – and a pair of primary schools – The Gardens School and Everglade School – to participate for free up to twice in an off-road adventure race hosted in Totara Park and Bruce Pulman Park. Eric himself a keen trail runner, believed a new approach was needed to help attract more youngsters to cross country and endurance running.

“Once many kids hear the words cross country, they get quite intimidated, so rather than call what we do cross country I said why not call it an ‘adventure run’. My vision was, whether we got one, two, three or 50 kids, I wanted to give them the best possible time. I ask the kids in the adventure run to enjoy the surroundings. So, we might high five some trees and pretend the trees are our supporters. We will bound on the slopes by the footpath and jump back on the footpath. While rather than run through the stream like in a cross country, I’ll make sure we stop and get some leaves and sticks and have some boat races in the creek.”

Another alternative is to play the game of the ‘follow the leader’ when the lead runner puts on a head torch and all the other runners have to follow at that pace before the leader is swapped.

Attracting between 25-30 kids – including children from other codes such as soccer, rugby and hockey – the initiative is exposing some potential members to the sport of athletics.

“A lot of families saw the flyer advertising the adventure racing and were delighted it was for free. Our only cost is a few high fives and an awesome attitude.”

Other initiatives promoted by the club – committee member and life member Robert Ward has also led several of the activations – include an “orienteering-style event at the Auckland Botanic Gardens in which kids in teams of three collect 15 flags in an hour. The participants have fully embraced the innovation with many racking up kilometres of running without realising the effort put in. Meanwhile, the club has arranged kids versus adult cross country races, in which both start and finish at the same spot but tackle separate courses.

Eric says he and his team at Papakura will continue to seek new methods of helping grow the sport, but has there been any evidence the strategy has converted into new recruits?

“At the moment it is more about creating excitement and enthusiasm in the kids,” he explains. “As regards registration we’ve had some new athletes register. For our winter season we are about 10 per cent up and I can’t wait to see our numbers for the summer season ahead.