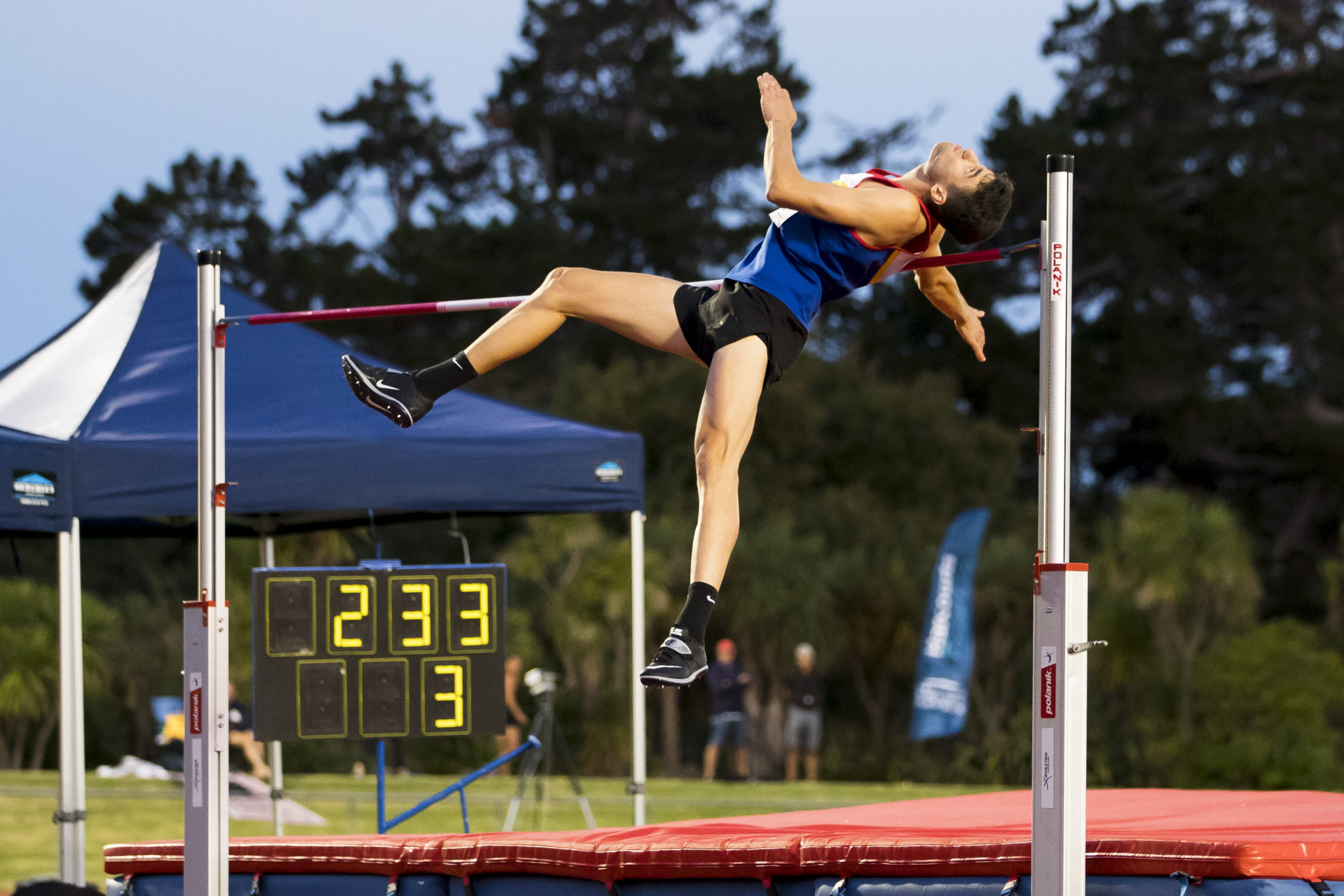 Hamish Kerr’s gravity-defying national record high jump clearance of 2.31m at the Capital Classic has provided one of the highlights of the summer season so far. Here, the 24-year-old Christchurch-based athlete pays tribute to the team who have helped him on his journey to that history-making height.

Describing Terry as his ‘everything’ on his high-jumping journey, there is little question Hamish owes the Athletics NZ lead coach for combined events and jumps so much.

The then 21-year-old first recalls meeting Terry at the 2017 World University Games in Taipei, where the latter was serving as jumps coach, and the pair quickly built up a rapport.

“We got on really well,” recalls Hamish. “In one of our first conversations he told me how well I was jumping considering how little technique I had and that really cemented our relationship. He noticed that I had potential but also explained how he thought I could realise that talent.”

On his return to New Zealand, Hamish decided Terry would be the man who could best allow him to fulfil his potential and, the day after the 2018 New Zealand Track and Field Championships in Hamilton, he drove down to Christchurch to begin their coach-athlete relationship.

At that point, Hamish boasted a PB of 2.21m but, in their three years together, he has improved by a whopping 10cm.

Helping set up the framework for his future success, Hamish has blossomed under Terry’s guidance. The national record-holder believes this is because his coach excels in a range of areas.

“He’s a real details guy, he’s very good at planning and understands where my training sits within the scheme of the season. He will know that in so many weeks I will need to be in peak shape and sets up a programme to allow me to achieve this.

“He’s also got an amazing eye and can pick up on technical details but, most importantly, he knows what makes athletes tick and the best way to communicate with them. All athletes are different, but I think the biggest part of being a coach is understanding them, both as athletes and outside of athletics, and this is something Terry is very good at.” 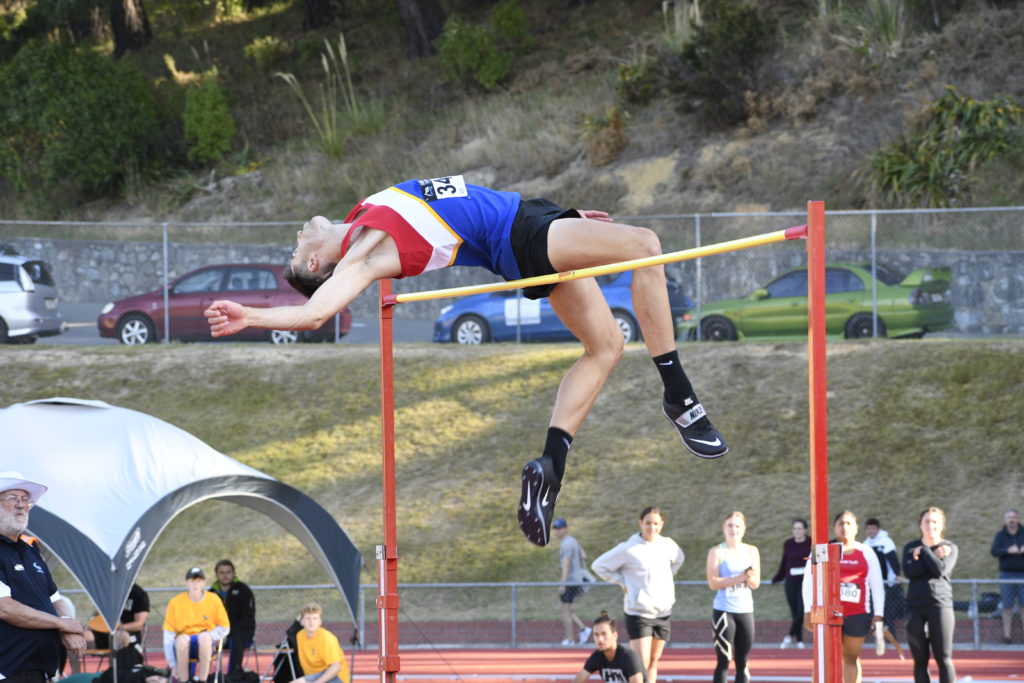 Hamish Kerr on his way to breaking the national record at the Capital Classic (Photo: Sharon Wray)

Like Terry, Hamish first met Tamsin while competing at the 2017 World University Games and it was after relocating from Palmerston North – where Hamish was studying at the time – to Christchurch in 2018 when the pair started regularly working together.

He explains how Tamsin has been there in support at many key competitions in his career such as the 2019 Oceania Championships in Townsville, when he equalled the New Zealand record of 2.30m, and at the 2019 World Athletics Championships in Doha.

But it is her inherent understanding of elite sport and the specific demands of the athletes that she is dealing with which sets her apart, according to Hamish.

“Tamsin works with a bunch of top athletes such as Tom Walsh, Lauren Bruce and Dame Valerie Adams and her biggest strength is knowing how their individual events impact on the body,” he explains.

“A high jumper, for example, is likely to have a more flexible back than the average person and the type of loading on the body is going to very different compared to a normal person. I might say my ankle is sore but I’ve possibly done 20 jumps the day before, so she will have an understanding about the soreness I feel.”

Tamsin also attends Hamish’s training sessions and some competitions and her knowledge is highly respected, according to Hamish, who admits she can share her thoughts with Terry on how a particular session might impact on the body.

“She is far more than someone who straps me up and gives me a massage each week,” he adds. “Tamsin understands my strengths and how I can use them to become a better athlete.”

Hamish has found the input of ‘Quinny’ crucial in an event so mentally taxing as the high jump.

The mental skills coach has proved highly adept at allowing Hamish to ignore the outside noise and just focus on what he can influence. This has had the knock-on effect of allowing him to enjoy high jumping more.

“I think the most important conversation I had with Quinny was when I first met him three years ago,” recalls Hamish.

“He told me bluntly that no one cares how high you jump but what people care about is the relationship with your family and friends and your core values. Whether you are having a great competition or not, you are still going to wake up the next day and have to face family and friends and life’s daily struggles. If you are enjoying it, having fun and going through that journey positively, then you are winning.”

Meeting his mental skills coach approximately once a month and sharing occasional texts, Quinny has a great ability to put life in perspective.

“He’s such a realist,” adds Hamish. “I can sometimes get caught up in the bigger picture. For example, I might be excited to compete at the Olympic Games but he urges me to be more in the present. He says: ‘You only get to live this life once, so if I you are going to spend your time looking into the future you are kind of wasting it’.”

After arriving in Christchurch, it took some time to work out whether Hamish was displaying the attributes of more of a speed jumper or power jumper.

To discover more and adjust his nutritional programme accordingly, he carried out a lot of work on body composition with Rebecca, particularly during the first 18 months of his time based on the South Island.

“She was really helpful and, to this day, is the one who makes sure I get the right nutritional intake into my body to keep me healthy,” says Hamish, who was raised in Auckland.

Hamish has had to find the right weight balance and, thanks to Rebecca, he believes he has found the perfect sweet spot at around 87kg.

“What I’ve found over time with Terry is that I am a very rhythmical jumper but if I become too light I lose my rhythm,” he explains. “Last year I had a pretty average season to be honest. I twice jumped 2.20m but one of the biggest things that emerged was I had lost about 4kg in weight. We thought it might work but looking back it didn’t.”

Hamish typically meets Anna a couple of times a year and he explains she has played a big role in helping organise his study and training demands.

“I still study because I like to keep a nice balance between training and other interests,” he says. “I worked with her quite a lot during the first lockdown, about how I present when I am at my best and at my worst. We came up with a document that really helps me understand the early warning signs when I might not be 100 per cent.

“Anna works in with Quinny to look at who I am as a person and how it impacts on my event and gives me tools I can draw upon to be the best version of myself I can be.” 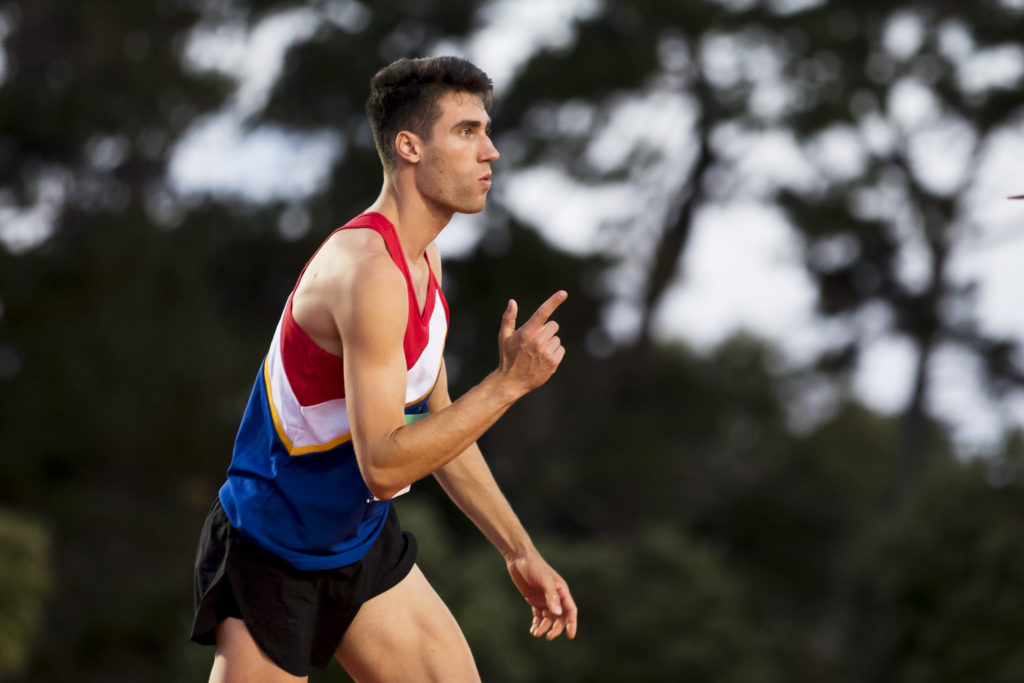 During the first year or two of his time in Christchurch, the priority was to develop Hamish into a more well-rounded athlete. He competed in sprint events and slowly his physical skills matured. However, in the past 12 months or so he has worked more specifically as a jumper and this is why Matt has now come on board.

“Matty has done a lot of filming around contact timing,” he explains. “It is still in the early days but having the data there, to see if we can identify trends and act on that information accordingly, I’m sure, will be very important.”

“We have such a great atmosphere in the group and we have a lot of fun in training,” explains Hamish. “We’ve all got a really similar attitude – we enjoy being there but we are also prepared to put in the work as well.

“They also provide a reason to turn up for training. It is good to be able to catch up with them and share the cool things that have been happening in your life. It makes the training experience so much easier.”