Ten reasons to watch the livestream 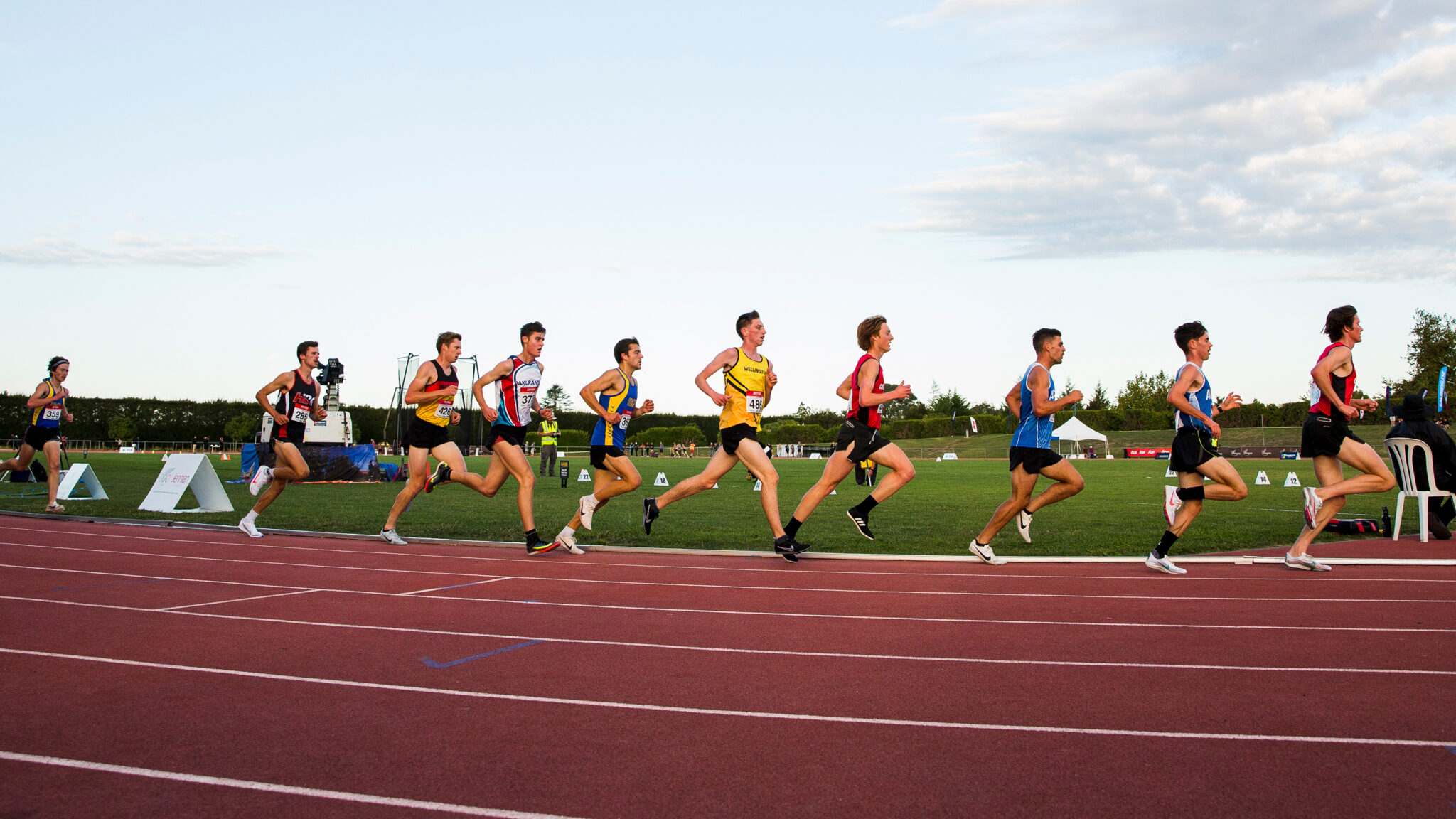 Due to the red light traffic setting spectators unfortunately will not be allowed to attend the 2022 Jennian Homes New Zealand Track & Field Championships at Mitre 10 Park, Hastings (3-6 March). However, fear not, as fans of the sport can follow all of the action on the livestream for free on Sky Sport Next. Here are ten cracking reasons to tune in.

Watch Four days and not three days of great action

Traditionally a three-day event, the red-traffic light system and the strict adherence to pods has brought about a modified four-day programme for this year’s edition. The first two days will be devoted to the U20 and U18 action with the senior and Para athletes taking centre stage over the weekend on Saturday-Sunday. What’s not to like about four days of national action as opposed to three, right?

Watch the next generation compete

For the first time the U20 and U18 athletes will have the opportunity to compete is isolation from their senior peers, which will, of course, do no harm for their profile. With the leading age-group athletes chasing performance standards for the World U20 Championships in Cali, Colombia in August expect some mouth-watering action among the potential stars of the future on Thursday-Friday (3-4 March). Prominent U20 men include middle-distance runner James Harding and thrower Liam Ngchok-Wulf while also look out for emerging thrower Tapenisa Havea and endurance runner Penelope Salmon among the leading U20 women. In the U18 division versatile sprinter, jumper, thrower Asher Pettergell-Brand could sparkle while watch out too for 15-year-old sprint ace Talia Van Rooyen.

Traditionally the New Zealand Combined Events Championships has featured as a standalone event, however this year for the first time in recent memory the senior combined events champs will feature as part of the 2022 Jennian Homes New Zealand Track & Field Championships. This represents a great opportunity for multi-eventers to raise their profile and over the course of the two days of the decathlon and heptathlon viewers can get a firsthand experience of the highs and lows of the competition and watch the competition evolve. Leading the decathlon entries is 2019 World University Games champion Aaron Booth, who is chasing his first ever national senior title. Christina Ryan of Canterbury will be seeking a fifth successive national senior heptathlon title.

Watch athletes perform in the best of conditions

Mitre 10 Park has proved a mecca for producing record-breaking performances in recent times. A combination of the fast track coupled with the often idyllic Hawke’s Bay weather have provided the perfect recipe. Sprinter Zoe Hobbs has so often excelled on this track. At this venue Zoe equalled the national women’s 100m record in 11.32 at the 2021 nationals and has twice this year has bettered the national record at a Mitre 10 Park with an 11.21 clocking at Potts Classic in January and a blistering 11.15 at the Hawke’s Bay Gisborne Championships last month. If the weather behaves, as it often does in this stunning corner of New Zealand, then expect not just Zoe but many others to threaten records and PB performances.

New Zealand’s seemingly endless production line of throwing talent will once again provide much of the top-class action. In the shot circle Tom Walsh will aim to take a 13th successive national title with his long-time rival Jacko Gill on his seasonal debut trying to stop him. In the women’s shot Maddison Wesche will aim to build on an impressive performance at last month’s Sir Graeme Douglas International presented by Harcourts Cooper & Co – which was her longest throw outside of last year’s Tokyo Olympics, where she finished sixth. Meanwhile, in the women’s hammer look out for Tokyo Olympian Lauren Bruce as she tries to fix the statistical quirk of having never won a national senior gold medal (she has harvested a combined total of 15 silver and bronze medal across hammer, discus and shot). Another thrower to look out for is Tori Peeters, who has twice extended her New Zealand javelin resident record during the 2020-21 season.

All five New Zealand Paralympic medallists from the Tokyo 2020 Games are entered for the 2022 Jennian Homes Track & Field Championships with the quintet all seeking a positive display. At the 2021 edition, Paralympic javelin F46 champion Holly Robinson made history by becoming the first para-athlete to win a senior national medal at an able-bodied event with javelin silver and she will once again look to make an impact. Paralympic shot F37 champion Lisa Adams has chosen Hastings to make her first appearance of the season and our third Paralympic gold medallist long jump T47 champion Anna Grimaldi also competes. Watch out too for sprinter Danielle Aitchison, a double Paralympic medallist, and Will Stedman who claimed long jump T36 silver and 400m T36 bronze in Tokyo, who are also entered.

Besides the throwers it has been New Zealand’s gifted crop of sprinters who have stolen the headlines during an unforgettable campaign. Leading the way is Zoe Hobbs who has three times lowered the women’s 100m mark in a blur of fast-moving legs and pumping arms and her presence in Hastings will be perhaps more eagerly awaited than any. On the men’s side, Tiaan Whelpton has firmly established himself as the leading male sprinter domestically this season highlighted by a PB and resident record equalling time of 10.18 in Hastings in January. However, for the first time this season he faces defending 100m champion Eddie Osei-Nketia who is back from Australia to take on Tiaan in one of the most mouth-watering battles of the weekend. The depth in women’s sprinting has never looked stronger with national 200m champion Georgia Hulls enjoying another great campaign and the versatile Canterbury sprinter Rosie Elliott excelling in every event from 100m to 400m.

Given New Zealand’s rich tradition the 800, 1500m and 5000m are likely to provide many fascinating talking points over the weekend. Can anyone stop Olympic triathlon bronze medallist Hayden Wilde from completing a hat-trick of national senior men’s 5000m titles? Can Laura Nagel match the feat of Camille Buscomb last year and secure the women’s 1500m and 5000m double? The men’s 1500m is likely to serve up am absorbing showdown between defending champion Julian Oakley and former winner Sam Tanner. Meanwhile, in the 800m races Katherine Camp and James Preston will look to hold on to their respective national crowns over the two-lap distance.

The very best of sport is often about compelling head-to-head competition and the 2022 Jennian Homes New Zealand Track & Field Championships is not short of such battles. The men’s shot duel between Tom Walsh and Jacko Gill is not one to be missed while the improving five-time national champion Nicole Bradley will aim to stop Lauren Bruce in the women’s hammer. The women’s 400m could throw up one of the most fascinating battles of the weekend as the gold and silver medallists from last year; Camryn Smart and Isabel Neal face New Zealand number one Portia Bing and potentially Rosie Elliott, the surprise winner over one-lap in Auckland at the Sir Graeme Douglas International presented by Harcourts Cooper & Co.

Watch (or at least listen) to our top-class commentary team

We will all be very reliant on listening to the words of our livestream commentary team on Sky Sport Next and in the vastly experienced broadcaster Nigel Yalden, the ‘voice of athletics’ Hayden Shearman and the ultra-professional Sarah Cowley Ross we have three of the very best to guide you through four days of gripping action at Mitre 10 Park. Just spare a thought for those battered voices after up to eight hours of commentary for four days.

For six years Jennian Homes has supported the Jennian Homes NZ Track & Field Championships as naming partner. We are grateful for their ongoing support and partnership. The Jennian Homes team is proud to be supporting young Kiwis in their effort to excel in sport while continuing the long Jennian track record of community support.