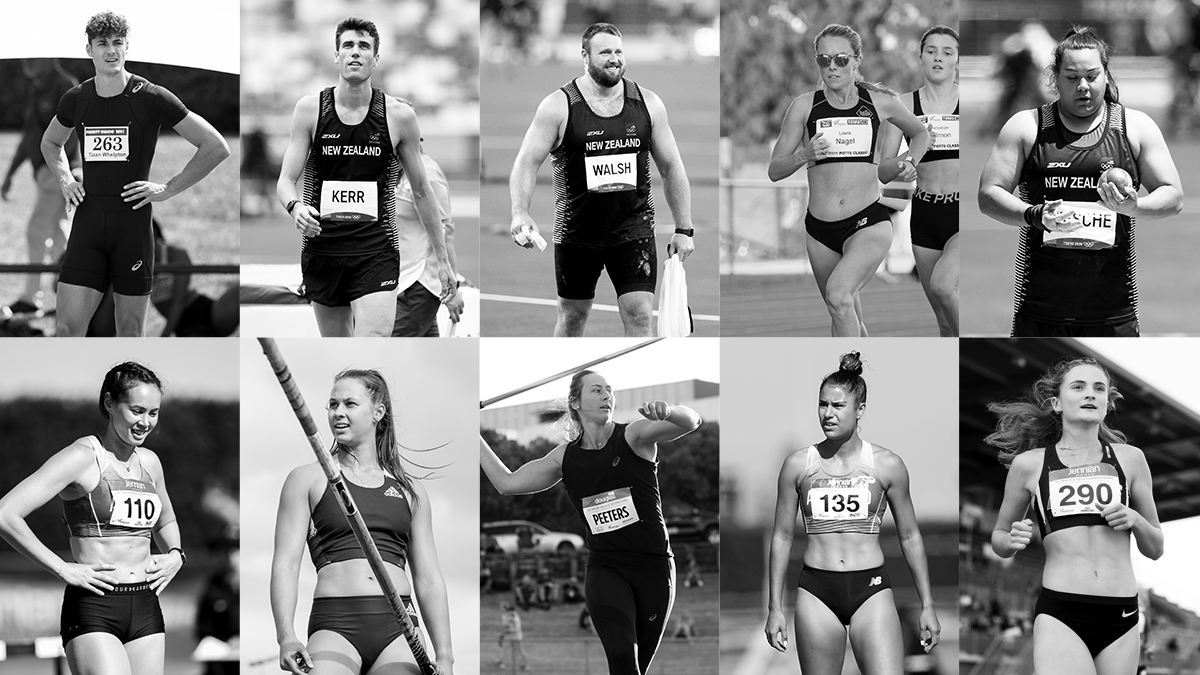 The 2022 Sir Graeme Douglas International presented by Harcourts Cooper & Co is one of the traditional highlights of the New Zealand athletics calendar. This year is no exception, and we bring you ten good reasons to watch this year’s event at Douglas Track & Field in West Auckland.

1 – Watch out sprint stars burn up the track

Blink and you’ll miss it. The 100m duo Zoe Hobbs and Tiaan Whelpton have dominated the New Zealand sprint scene so far in 2022 and expect more of the same at Douglas Track & Field. Auckland-based Zoe has lowered the New Zealand women’s 100m record a staggering three times during the 2021-22 domestic season most recently blitzing to a stunning 11.15 mark at last weekend’s Hawkes Bay Gisborne Championships. If conditions are right, how much faster can she run?

Tiaan – aka @thespeedyboi – more than lived to his Instagram handle with a legal time of 10.18 at Potts Classic to equal the New Zealand resident record. If conditions are right, how much faster can the speedy duo run?

2 – Hot shot Hamish set to soar in the high jump

New Zealand high jump record-holder may be based in Christchurch, but he was raised in Auckland-so his appearance at the Sir Graeme Douglas International presented by Harcourts Cooper & Co is something of a homecoming. He won a high jump silver medal on his debut at the venue as an 11-year-old competing at the Trans-Tasman Championships. In the most recent edition of the Sir Graeme Douglas International he cleared a height of 2.28m to claim victory and will be seeking to potentially threatening his national record of 2.31m on Sunday.

Double Olympic bronze medallist Tom Walsh has many happy memories of this meet after setting a New Zealand resident and all-comers record mark of 22.67m effort in 2018. He has enjoyed a steady start to his 2022 season with wins in Whanganui and Wellington and he will seeking further improvement in Waitakere for what is shaping up as a massive year of international competition highlighted by the World Indoor Championships, World Championships and Commonwealth Games. Ryan Ballantyne (19.85m) and Nick Palmer (18.97m) are also entered and will provide good competition.

4 – Can anyone stop Julian and Laura?

The undoubted king and queen of the domestic middle-distance this season have been Julian Oakley and Laura Nagel, respectively. Julian, who last year grabbed the national 1500m title, completed the New Zealand mile and 3000m championship double in January. Laura matched this feat by winning the national senior women’s titles over both distances doing so less than a year back competing after suffering several injury-plagued years. Both will contest the 1500m in Douglas Track & Field. In the men’s event Eric Speakman and Matthew Taylor are both entered and will seek to break Julian’s dominance. Among Laura’s chief opposition and Anneke Grogan and Kara Macdermid.

5 – Watch magic Maddi on her return to the shot circle

Maddi Wesche has that critical ability to deliver when it counts, and it will be fascinating to see how she performs in her first competitive outing since finishing sixth at the Tokyo Olympic Games. There the 22-year-old Aucklander hurled the 4kg shot out to a PB of 18.65m in qualification before bettering that mark with an 18.98m effort in the final. Maddi also claimed gold back in the 2018 World U20 Championships courtesy of a lifetime best performance achieved in the final round.

6 – What will Portia produce next in stellar season?

One of New Zealand’s most versatile performers is in the form of her life and should conditions be kind her national record 400m hurdles mark of 55.86 could be vulnerable. The local Waitakere AC athlete wiped 0.60 from 400m flat PB with 52.78 in Hastings and ran a swift 55.99 – the joint second fastest 400m hurdles time of her career in Whanganui. Coached by James Mortimer the two-time former World Championship representative could be set for something special at Douglas Track & Field.

7 – Can Olivia build on her PB performance in Hawke’s Bay?

Olivia McTaggart has long boasted a supreme quality in the pole vault and this season the 22-year-old is in the form of her life. A training partner to 2016 Olympic bronze medallist Eliza McCartney Olivia placed ninth at the 2018 Gold Coast Commonwealth Games in Gold Coast and an excellent fifth later that year at the World U20 Championships. In Hastings in January she grabbed a 5cm PB to soar beyond 4.60m and bank a Commonwealth Games A performance standard. Can Olivia fly higher on Sunday? National champion and trainer partner Imogen Ayris will be among those athletes aiming to stop her.

Tori Peeters has been one of the standout performers of the 2021-22 domestic season – twice bettering her New Zealand resident record most recently at the Team Ledger Harcourts Capital Classic with a mighty 60.51m effort in Wellington. Coached by Debbie Strange, Tori will have half-an-eye on the Commonwealth Games A performance standard of 61.50m and is more than capable of surpassing the distance as her national record sits at 62.04m set in Sydney two years ago.

9 – Will we see the awesome foursome produce their best?

A crack women’s 4x100m relay quartet of Anna Percy, Rosie Elliott, Georgia Hulls and Zoe Hobbs have suffered this season from errant baton exchanges in Timaru (disqualified) and Wellington (44.77). Yet should the foursome iron out those kinks they have the talent to go beyond the national record mark of 44.20. Another mark to watch out for is the New Zealand resident record of 44.60 set some 21 years ago.

Unfortunately, because of Covid restrictions this year’s event will not proceed with spectators, so the best place to follow the action is via Sky Sport 9 and Sky Now with the help of our top-quality commentary team of Mark Watson, Hayden Shearman and Sarah Cowley Ross. Register for free on Sky Sport Now on Sunday 20 February from 3.30pm by heading to www.skysportnow.co.nz, click on the Sir Graeme Douglas International presented by Harcourts Cooper & Co banner, fill in your name and email address and then you will be good to go to follow the action.

*Just be aware watching the coverage on Sky Sport Now is geo blocked, so it will not be available to people living outside of New Zealand.

The Sir Graeme Douglas International presented by Harcourts Cooper & Co is hosted at the Douglas Track & Field in West Auckland. Both the event and venue are named in honour of Sir Graeme Douglas. Douglas Pharmaceuticals has sponsored the annual event since 2018 and is also an Athletics NZ major community partner, backing grassroots athletics nationwide.