Titan Tom shows his class with big win in Hungary 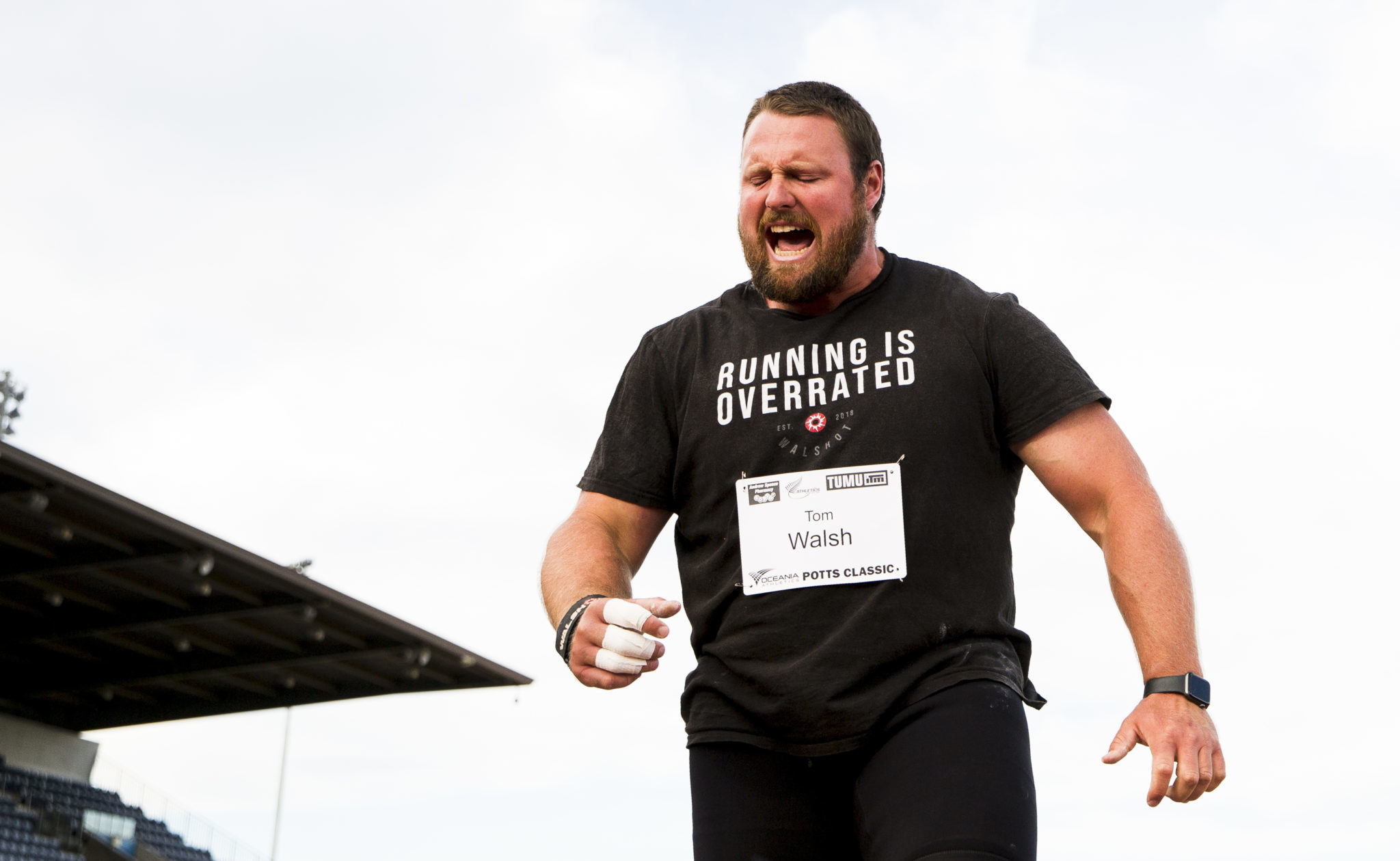 Kiwi shot put star Tom Walsh is finding higher gears at a crucial time heading toward the Tokyo Olympic Games at the end of the month (Photo: Alisha Lovrich)

Tom Walsh earned a confidence-boosting victory ahead of the Tokyo Olympics at the Gyulai Istvan Memorial meet in Szekesfehervar, Hungary earlier today, notching an impressive season’s best throw of 22.22m to claim victory.

To further underline his growing consistency, Walsh followed up his second-round effort with a 22.09m heave in round three. He incurred a red flag in rounds four and five before climaxing his competition with 21.74m.

His winning throw was Walsh’s best since setting his New Zealand record of 22.90m at the 2019 World Championships in Doha and his 22.22m effort elevates him to number four on the World Lists.

The 2016 World Indoor bronze medallist Filip Mihaljevic of Croatia was the best of the rest, recording 21.77m. Josh Awotunde of the US claimed third with 21.70m.

Walsh, the 2016 Rio Olympics bronze medallist, has recently shown flashes of returning to his best form – unleashing a 22.00m put to win in Nashville, Tennessee on June 6.

However, today’s performance in Hungary offers yet more compelling evidence the three-time world champion is clicking nicely through the gears in time for his Olympic quest in Tokyo – which will open with qualification on Tuesday August 3.