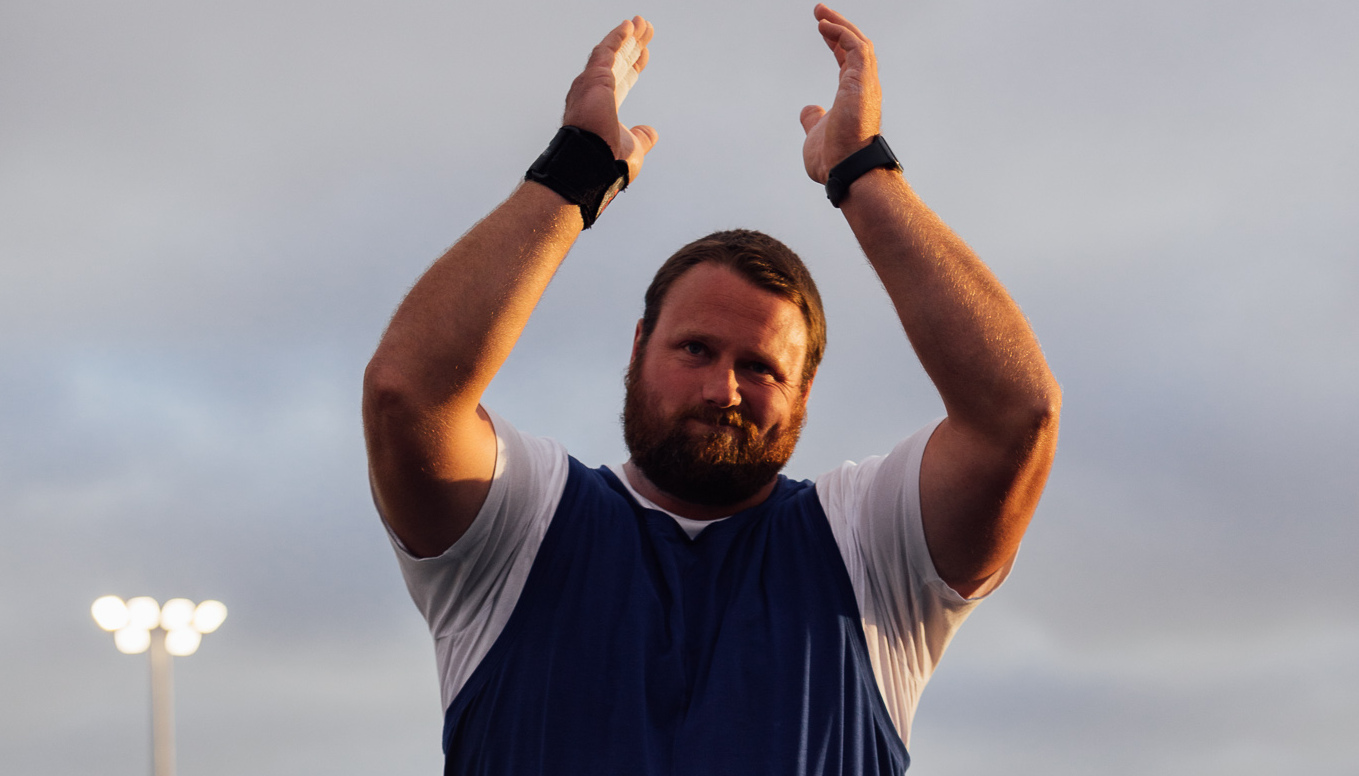 One of the most enthralling storylines of the sporting summer will open its next chapter on Saturday when Tom Walsh and Jacko Gill resume their rivalry in the shot-put circle at the Porritt Classic in Hamilton.

Gill, 26, is currently riding the crest of a wave with three straight victories over Walsh and a career-best throw of 21.52m at the International Track Meet in Christchurch last weekend.

But he will be wary of the constant threat of three-time world champion Walsh, who has improved in distance in each of his outings this season.

The 28-year-old started with 20.14m at the Night of 5s meet in Auckland just before Christmas, then threw 20.78m at the Potts Classic in Hastings before a 20.79m effort at the Cooks Classic in Whanganui. He then lifted his game further at the International Track Meet, coming second to the red-hot Gill with 21.46m.

Gill is delighted to now be consistently getting the better of such a world-class opponent but expects Walsh, who has a personal best of a mammoth 22.90m, to soon reveal his class.

“He’s the best we’ve had in New Zealand, so any time I can beat him shows I’m going pretty well,” the Aucklander says.

“He’s in a heavy phase of training and I’m maybe in a lighter phase. Having said that, I think there is more to come from both of us.”

Ryan Ballantyne is meanwhile knocking on the door of joining the 20-metre club and his 19.11m in Christchurch last week indicates he could be in the form to finally achieve this on Saturday. He came close in at the Porritt Classic last year with 19.64m.

Two-time Olympic champion Dame Valerie Adams, who holds the women’s meeting record of 20.25m from 2010 and was the winner last year with 18.81m, is back in action with Maddison-Lee Wesche. A throw last week of 18.41m in Christchurch had Adams close to the Olympic qualifying mark of 18.50m.

The other highlight in the field events will come in the women’s hammer throw with Julia Ratcliffe on her home ground and coming back from her disappointment at failing to make the final cut at the Potts Classic, where she competed against close rival Lauren Bruce.

Ratcliffe threw a New Zealand record last year of 72.35m which was surpassed by Bruce in Hastings in September with 73.47m.

Eddie Osei-Nketia, the sprint double winner from last year, heads a top line-up in both the 100m and 200m. With one win under his belt over Osei-Nketia this season, Tiaan Whelpton will be looking to again outclass the field, which includes Joseph Millar, Hamish Gill, Tommy Te Puni, James Guthrie-Croft and Cody Wilson. Chris Donaldson’s long-standing meeting record from 1999 of 10.27 could be challenged.

The women’s 100m is equally strong with Zoe Hobbs, last year’s winner in a meeting record of 11.65, lining up with Rosie Elliott, Natasha Eady, Georgia Hulls, Symone Tafunai and Abby Goldie. Hobbs, Elliott, Eady and Hulls will also race the 200m, in which the meeting record is 23.83.

The 5000m will be held at Porrit Stadium on Friday evening, when conditions are expected to be perfect for the leading runners in the country to have a crack at the Olympic qualifying time of 13:13.50.

Eric Speakman, Oli Chignell, Hamish Carson and Hayden Wilde are all in the form to give it a good go. Also racing is Oska Baynes, Christopher Dryden, Matthew Taylor and Connor Melton.

James Harding triumphed in the 800m last year in a New Zealand under-17 record of 1:51.19 and will be up against New Zealand under-20 record holder James Preston in a field which also includes the in-form Dominic Devlin.

Fast times are also expected in the 400m with Rowan Blaikie racing Hamish Gill, Bailey Stewart and Michael Goldie in the men while Tayla Brunger, Jordyn Blake, Annalies Kalma and Isabel Neal will battle it out in the women.

Ben Langton Burnell is likely to relish competing on the Porritt Stadium field in the javelin throw as the venue invariably produces a lengthy throw for him. His best is 82.44m in Hamilton, achieved in mid-2017. Tori Peeters will likewise be seeking a big throw in the women’s javelin.

Amy Robertson and Joshua Hawkins will feature in the sprint hurdles while in the 400m hurdles Portia Bing will be chasing the Olympic time of 55.40 and Cameron French will benefit from racing on his home track.

National women’s champion Briana Stephenson and Shay Veitch, the third male at last year’s nationals, will compete in the long jump. Three-time national champion Anna Thomson is down for the triple jump while Te Rina Keenan returns to the discus throw, which she won last year with 53.55m. The women’s high jump has drawn Imogen Skelton along with Josie and Alice Taylor.

A feature of the annual meeting is also the secondary schools 1500m races – the boys Dick Quax and the girls Dianne Rodger races.

The Porritt Classic is the biggest high-performance athletics event in the country this summer – outside of the Jennian Homes New Zealand Track and Field Championships in March – with over 400 athletes taking part.