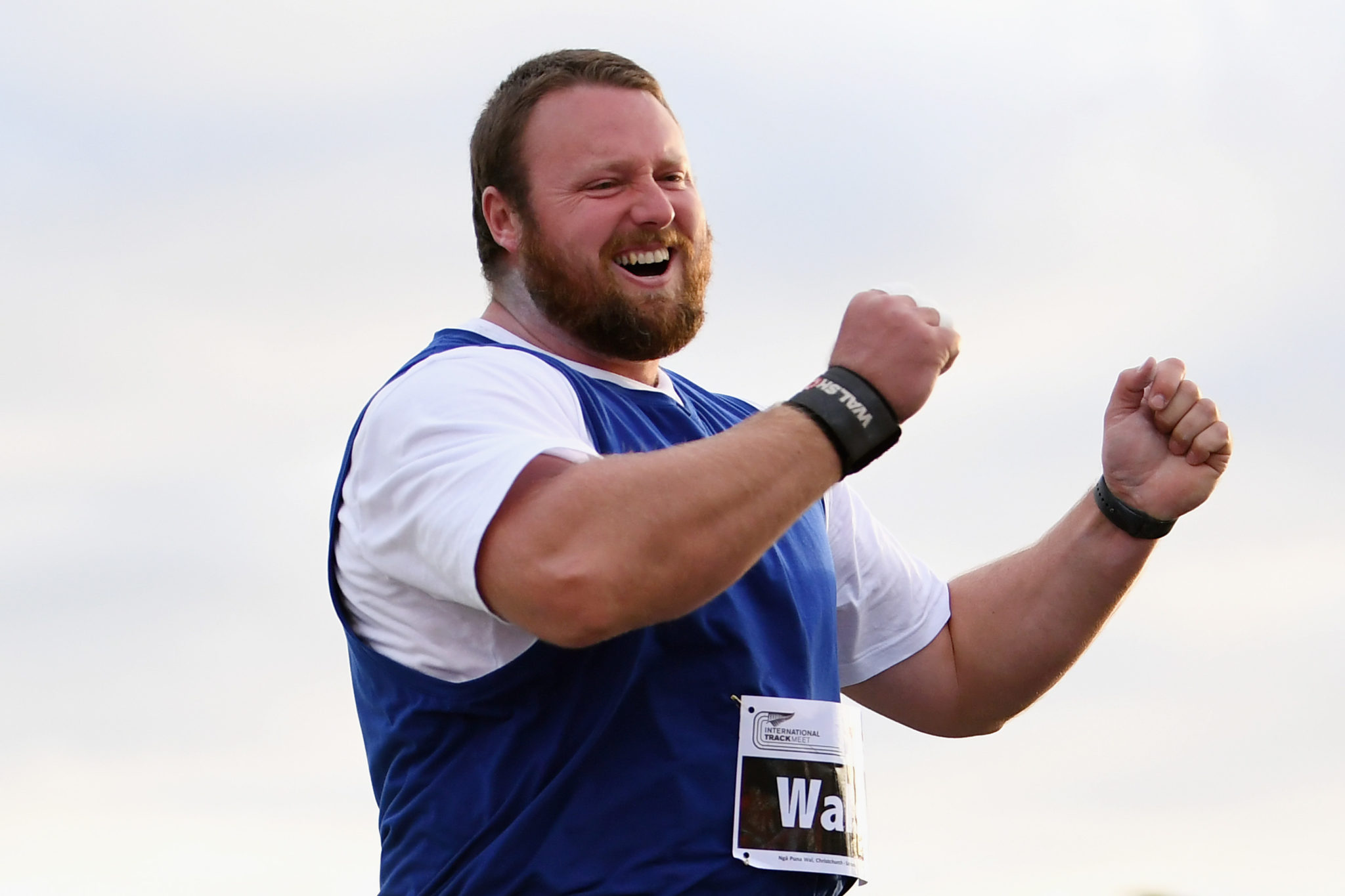 Tom Walsh unleashed his longest throw since the 2019 World Championships and climbed to number five on the 2021 world lists with a confidence-boosting victory in the Music City Track Carnival in Nashville, Tennessee today.

The 29-year-old Kiwi fired the 7.26kg shot out to 22.00m with his third round effort to secure top spot and bank back-to-back victories, following his triumph in last month’s Doha Diamond League.

Today at the Montgomery Bell Academy, Walsh produced a solid series; opening with a 21.37m throw followed by a 21.66m before his impressive third round toss.

The Kiwi, competing in his now familiar ‘Space for Rent’ t-shirt, returned to the circle with a solid 21.57m in round four before hurling the shot out to 21.78m with his penultimate effort. In round six he committed a foul.

The reigning World Indoor and Commonwealth champion has struggled to find his absolute best form in recent months but will be hugely encouraged to have cracked the 22m mark for the first time since the 2019 World Athletics Championships in Doha.

On that occasion, Walsh threw a New Zealand and Oceania record of 22.90m – to win world bronze, just 1cm shy of gold in an epic competition.

The Cantabrian, who is coached by Dale Stevenson, said it felt good to be back throwing 22m. “It’s been a long time since I’ve been over that mark and mentally to get back over it in a competition is a really good thing. There’s no doubt that there’s been a bit of doubt in my mind over the last 18 months if I’d ever get back there, if I’m still good enough, or if I’m too old for it – all those things.

“That’s part of the reason why we decided to come over to the Northern Hemisphere reasonably early, to get in a bunch of competitions. We knew there would be a little bit of rust because I haven’t done it in so long, it’s really like coming back from an injury, sometimes it takes longer than you want but it’s nice that we’re making progress and getting better with every comp.”

Walsh will seek to further build on his performance in Nashville when he next takes to the shot circle at the Florence Diamond League on Friday morning (NZ time). There he will face a high-class field led by world number four Michal Haratyk of Poland.

On competing in Florence, Tom adds: “I’m looking forward to it, throwing at the Diamond League is always fun and the new format definitely spices things up a bit. I’m feeling more and more confident every time I get in the circle, and I feel like I can throw far when it matters and I’ve always been able to do that, it’s just about reminding myself again that I am still capable of doing that, and I’m still the thrower that I was 18 months ago.”