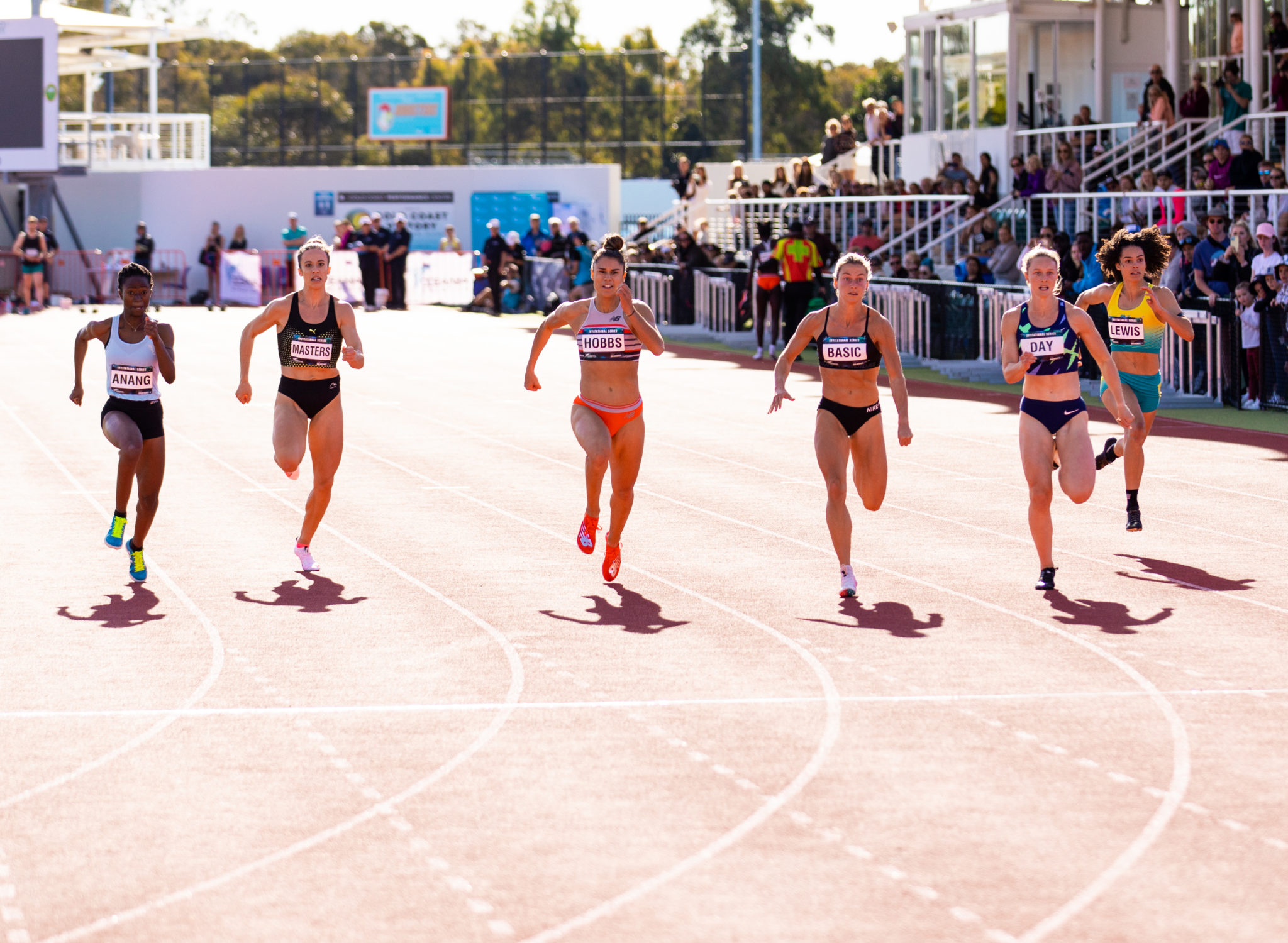 Maddison-Lee Wesche toasted an early birthday present on the Gold Coast today by securing a second successive PB in the Oceania Invitational series to offer further confirmation of her red-hot form ahead of the Tokyo Olympic Games.

The Aucklander, who celebrates her 22nd birthday tomorrow, added a further 7cm to her PB performance from last week – powering the shot out to 18.47m at the second and final meet in the Athletics New Zealand High Performance Gold Coast Tour.

Last week Wesche had advanced her lifetime best by 8cm from a previous best of 18.32m.
Today’s performance advances the thrower to joint 21st on the World Lists and will act as confidence boost for the 2018 World U20 champion as she approaches the biggest competition of her career in Tokyo.

World shot put F37 champion Lisa Adams also impressed at the Gold Coast Performance Centre, cementing her status as the leading thrower in her classification by hurling the metal ball to a best of 15.45m.

The 30-year-old from Rotorua came within a tantalising 5cm of her world record distance set in Hastings last September to further underline the fact that she will be the athlete to beat at the Paralympic Games.

In excellent conditions for discus, Kiwi Connor Bell also caught the eye, firing the 2kg implement out to 63.99m – within 30cm of his lifetime best and NZ Resident record set in Hastings in January.

The previous day the same trio of athletes finished in same order as part of the Oceania Invitational series at the Queensland Sports and Athletics Centre in Brisbane. On that occasion, Denny triumphed with a best of 63.33m with Bell exactly 2m further back in second. Parkinson secured third with 56.02m.

Hobbs, who finished behind flying Aussie duo Riley Day (11.18) and Hana Basic (11.20), ran 0.05 quicker than the national record she jointly owns with Michelle Seymour – but a +2.7m/s tailwind rendered it illegitimate for record purposes.

Hobbs said: “I’m pretty happy with how I executed the race. The start wasn’t quite as good last week but my focus was to compose myself and finish strongly without tensing up too much. That’s what I managed to do, and I can take positives from it.”

Following his stirring victory in the men’s 100m in 10.26 at last week’s Oceania Invitational, New Zealand 100m champion Eddie Osei-Nketia could not quite recreate the same level of performance, settling for fourth in 10.34 (+3.0m/s).

Jack Hale of Australia made a blistering start from the blocks and could not be caught, stopping the clock in a swift 10.22. Hale’s countrymen Jake Penny and Simon Greig alongside Osei-Nketia all recorded 10.34, but following a photo-finish the Kiwi had to settle for a slot just outside the top three.

Benefiting from a world-class display by Peter Bol, who produced the fastest time by an Australian in Australia with a scintillating 1:44.62, Kiwi James Preston scalped more than half-a-second from his previous best in second to record a breakthrough 1:46.52.

Bol tracked the pace-maker around a swift lap one with eight-time New Zealand champion Brad Mathas a further five metres back in third, followed by Preston.

In the third 200m segment, Mathas made a significant move to close in on leader Bol – however, the long-legged Aussie found an extra gear over the final half-lap to accelerate away from the field and produce a performance which catapulted him into the top ten in the world this year.

As Mathas faded down the home stretch, it was the 24-year-old national champion Preston who finished strongly to hack 0.52 from his lifetime best and become the tenth Kiwi in history to run a sub-1:47 800m. Mathas secured third in 1:46.65. James Harding, 17, placed fourth in 1:50.66.

Portia Bing produced a much-improved performance on last week’s first Oceania Invitational to take a comprehensive victory in the women’s 400m hurdles in 56.37.

The New Zealand record-holder was presented with a strong challenge in the first half of the race by Australian Sara Klein before putting on the after burners in the final 200m to record the fifth fastest time of her career. Klein faded to a distant second in 58.41.

Bing was nonetheless short of the Tokyo Olympic entry standard of 55.40.

In the men’s shot, Nick Palmer added a further 46cm to the distance he achieved when victorious last week with a 17.90m effort. However, the 2021 New Zealand silver medallist on this occasion had to settle for second behind Australia’s Damien Birkinhead (19.53m).

Tori Peeters, who has been conditionally selected for the Tokyo Olympics subject to her achieving either one throw over 62m or two over 61.50m, was a late withdrawal from the women’s javelin with a back issue.

The two-meet Oceania Invitational series was scheduled during the Athletics NZ High Performance Tour, which was proudly supported by the City of Gold Coast.