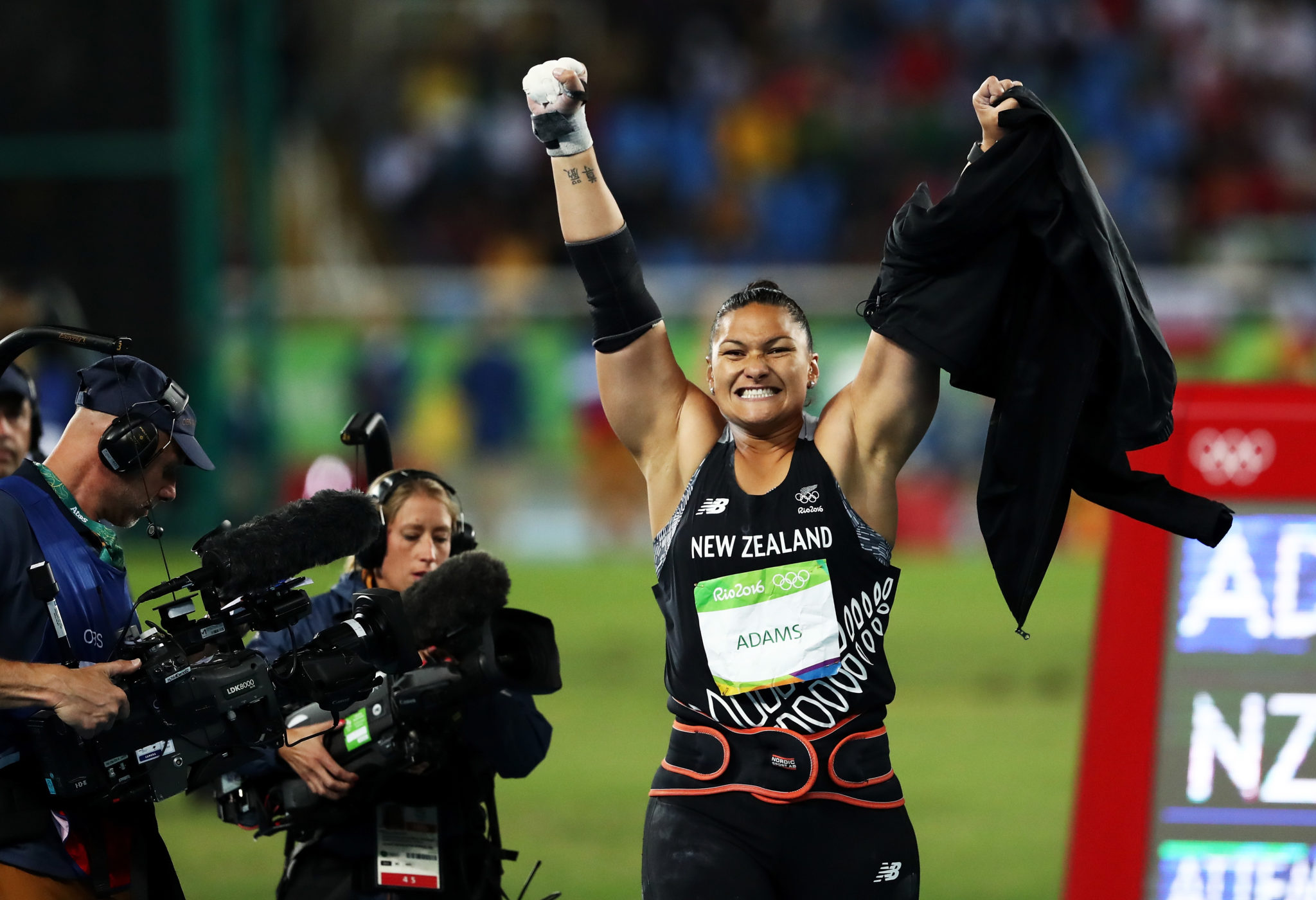 Fifteen athletes have been conditionally named in the athletics team for the Tokyo Olympic Games, announced today at the AUT Millennium track by the New Zealand Olympic Committee (NZOC).

The initial athletics team for Tokyo 2020 is:

The team is made up of an exciting mix of experienced campaigners and emerging talent, with Olympic medallists Dame Valerie Adams, Tom Walsh and Nick Willis joined by the likes of Connor Bell, Maddison-Lee Wesche, and Sam Tanner – all three of whom are aged 21 or under.

Joining Dame Valerie, Walsh and Willis in taking previous Olympic experience with them to Tokyo are Jacko Gill, Quentin Rew and Zane Robertson.

The most decorated member of the team is shot put star Dame Valerie – a true icon of New Zealand sport after following up a gold-winning performance at Beijing in 2008 with another gold four years later in London, and then adding silver to her Olympic haul in Rio de Janeiro.

Dame Valerie will join Barbara Kendall as the only New Zealand women to have competed at five Olympic Games.

“It’s the honour of my life to proudly wear the silver fern and represent Aotearoa to the fullest,” said Dame Valerie.

“This will be my fifth games, but my first Olympics as a mother, and I really just want to get out there and make my children, Kimoana and Kepaleli, and my nation proud.”

Willis is also set to achieve the rare feat of competing at his fifth Olympic Games and likewise has more than one Olympic medal to his name, having claimed 1500m silver in Beijing and bronze in Rio. He will be the first male New Zealander to compete in athletics at five Olympic Games.

Walsh likewise struck bronze in Rio and will be looking to join Adams and Willis as a multi-medal-winning Olympian by adding to his shot put tally in Tokyo.

At just 19-years-old, promising discus thrower Bell is the bolter of the squad and is looking forward to his first senior Olympics after winning gold at the Buenos Aires 2018 Youth Olympic Games.

“I’m absolutely over the moon to officially be selected for the New Zealand team,” said Ratcliffe.

“It’s been a long time coming and being able to hit the qualifier feels extra sweet after my failed Rio 2016 campaign, especially after the qualifying mark was pushed out by 1.50m for Tokyo. I’m so excited to go out and chase a medal to bring home for New Zealand.”

A key feature of the group is the current strength of New Zealand’s throwing stocks with eight of the athletes named today coming from shot put, hammer, discus or javelin. It is the largest throwing contingent New Zealand has ever sent to an Olympic Games.

But many other disciplines are also represented – including distance running, high jump, and race walking – as the wide-ranging talents of the country’s finest athletes are highlighted.

“This is a really exciting team and one which we have high hopes for in Tokyo,” said NZOC President Mike Stanley.

“There’s a fantastic mixture of proven Olympic Games experience and promising young talent, and it’s also pleasing to see such a broad spread of event disciplines.

“It will be wonderful to see the likes of Dame Valerie Adams, Nick Willis and Tom Walsh competing again on the world’s biggest athletics stage, while there are many other members of the team who could become household names with their exploits in Tokyo.”

Athletics New Zealand Chief Executive Peter Pfitzinger is just as enthusiastic about the potential of the team to make an impact in Tokyo.

“This is a very talented team and I wish to congratulate each of the athletes on their selection, which is well-deserved recognition of their commitment and drive for excellence,” said Peter.

“They are also a tribute to the outstanding development work that has gone on all over the country for a number of years and we can’t wait to see that come to fruition at the Olympics.”

Tori Peeters is also subject to an additional selection condition. Peeters must throw a distance of 62m or more at specified Australian competitions between now and 30 April 2021 in order to maintain her place in the NZ Team.

The team will have a proud heritage to uphold in Tokyo as New Zealand has won 25 Olympic medals (including 10 golds) in athletics, making it the country’s most successful Olympic sport.

Athletics and sailing led the way for New Zealand in Rio with four medals each.

The naming of the athletics team today brings the wider New Zealand Olympic Team to 45.

With further athletics team selections possible, a number of other Kiwi athletes will still be looking to impress before the qualifying period ends on May 30th for marathon, race walk and relay events and June 22nd for all other events.