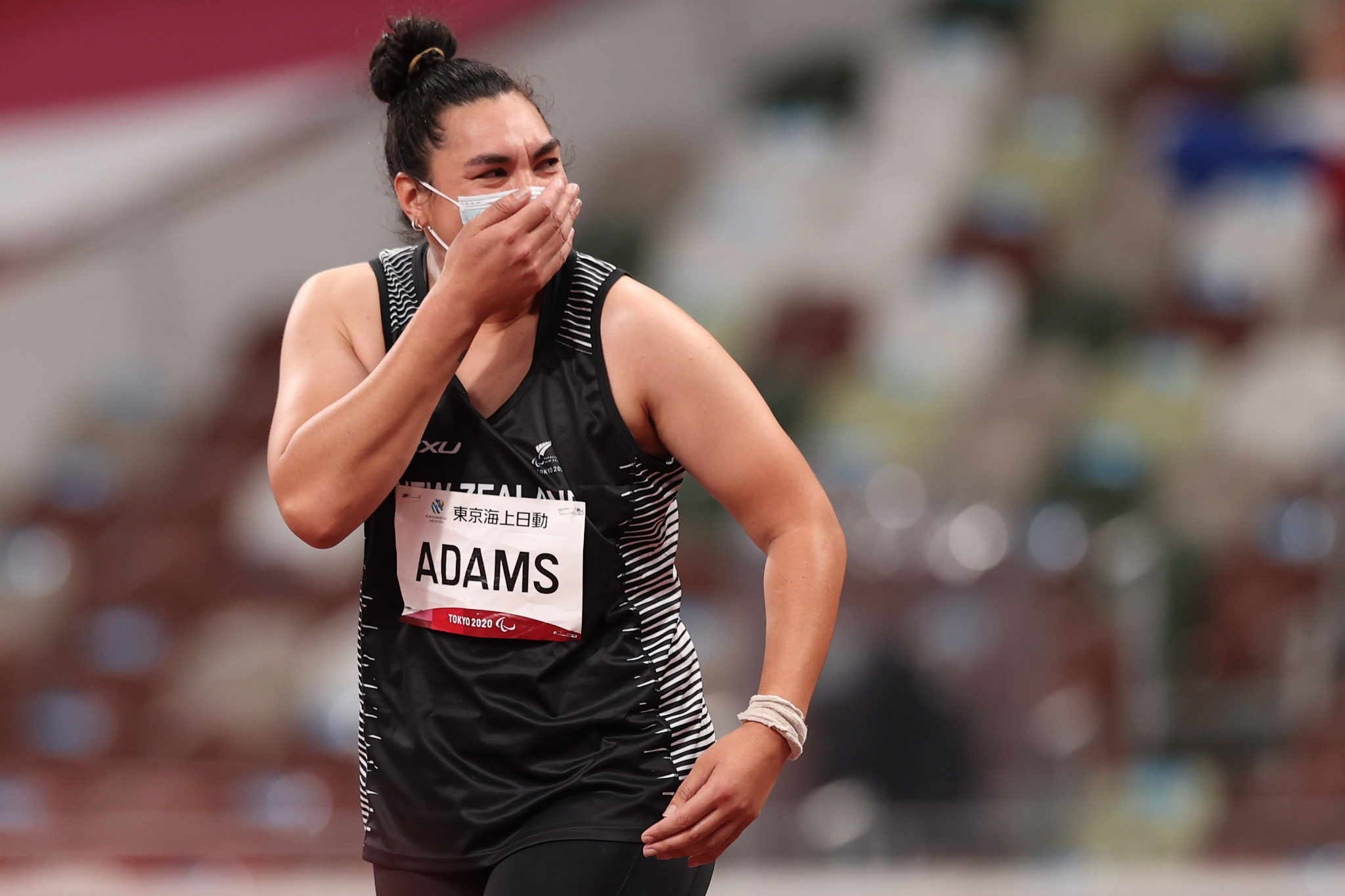 Lisa Adams has won gold in the shot put F37 on her Paralympic Games debut in Tokyo.

Lisa got straight down to business, breaking the Paralympic record with her first throw of 14.36 and heading to the top of the field, where she remained for the competition. Over her next five throws, Lisa bettered the Paralympic record a further three times, with a throw of 15.12 in both rounds five and six her best result, and 1.4m ahead of the silver medallist.

“I am in the best physical form I’ve been in, but I was having fun,” said Lisa. “I was smiling, you know my coach told me to just go out here and enjoy it because we had done all the work, and that’s what I did, I had a really fun time out there, it was so amazing. And the support from my coach and the crowd, and just our little crew that are allowed to be here, it was amazing.”

On the podium the emotion of her golden moment was clear on Lisa’s face as the New Zealand anthem played:

“Just reflecting over the last three years of work and choices, sacrifices, set-backs, growth, growth was a biggie. Just reflecting on all of that and just actually taking in that moment, we did this, the anthem’s playing for us, and just thinking of how proud I am, how much I wanted to do this for me and my son. How special it’s been to be on this journey with my sister, just all of it.”

“During the playing of our anthem it was just reflecting, and I was so emotional about it, because it’s been so special, so hard, so rewarding, but I felt very supported and loved you know, and I was really, really proud to do this for Aotearoa and our little team of five mil. It’s cool, it’s trippy to think that we’re here doing the stuff we love during this pandemic, but I’m so grateful that we can do this here as safe as we can. It’s mean, it’s like a dream come true.”

Rotorua-based Lisa will also look for a strong showing in the women’s discus, where she will up against throwers in the F38 classification.

Competing alongside Lisa was fellow Kiwi Caitlin Dore. It was the second Paralympic appearance for the Christchurch-based thrower, who competed in the javelin F37 at the Rio 2016 Paralympic Games where she placed seventh. After javelin F37 was taken off the list of guaranteed events for Tokyo 2020 schedule, Caitlin made the change to shot put.

The 25-year-old Cantabrian said that while she was proud to be in Tokyo, it was not the result she was after with her best throw of 9.03 placing Caitlin eighth. “Mixed emotions,” said Caitlin. “I mean, five years ago I was here as a javelin thrower, so to come back as a shot putter is a massive achievement. Obviously I wanted more, like every athlete does, but just wasn’t my day.”

Wrapping up the evening at Tokyo Stadium was Danielle Aitchison, who eased through her 200m T36 heats, finishing first in a time of 30.12.

Danielle said the race went as planned: “The plan was to do a really good block start because that’s where I get the best power, and then basically see where I was standing in the race. As soon as I was up to that 100m, there was no one in front of me and I just cruised the rest of it so that was the plan. I feel so happy to finally achieve getting to the final and now I’ve just to do the recovery tonight and be ready to race the final tomorrow.”