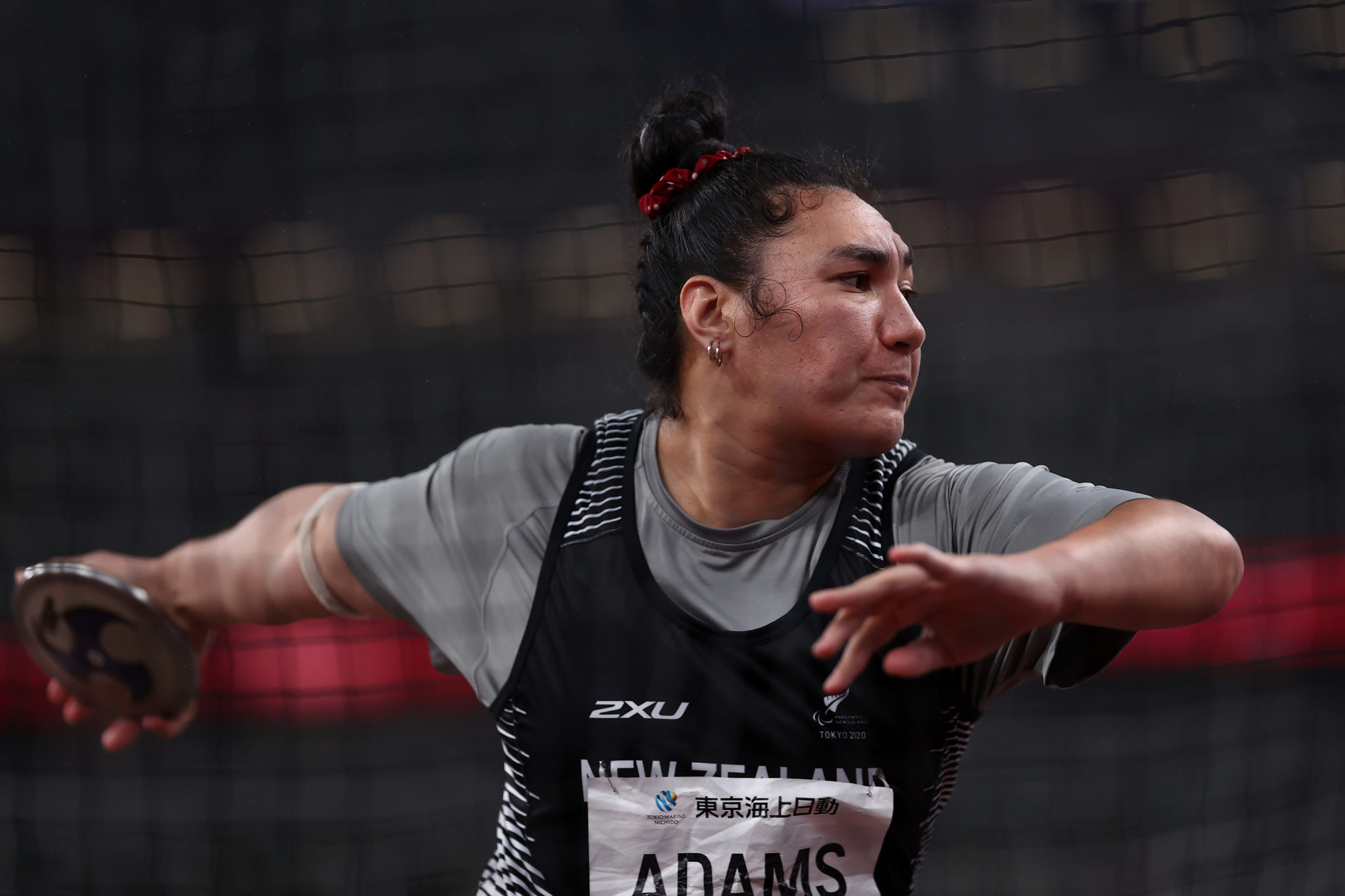 On another damp night in Tokyo, Lisa Adams performed admirably to finish seventh in the discus F38 (Photo: Getty Images)

Throwing ace Lisa Adams wrapped up New Zealand’s proud showing at the Tokyo 2020 Paralympic Games by placing seventh in the final of the women’s discus F38.

On a treacherous night for throwing on a rain-sodden evening, the 30-year-old Kiwi – who seven days earlier struck gold in the women’s shot put F37 – produced a commendable best of 29.69m.
Ma Li led home a Chinese one-two courtesy of a stunning world record throw of 38.50m to secure her fourth successive Paralympic discus title.

Given that the Lake City AC athlete was competing against athletes in a higher classification (F38 and lesser disability), Lisa always faced a formidable challenge.

After a first round foul she launched the discus out to 29.69m – within exactly 50cm of her F37 national record – in round two to sit fourth.

Unfortunately, the Rotorua-based thrower could not improve on her position, registering 29.22m in round three and 28.80m with her fourth effort. She committed successive fouls in rounds five and six.

Lisa said of her performance tonight: “I am all good with it, I’m not sad. It was fun. I wanted to make top eight, I finished seventh. I wanted to throw over 30m, I didn’t do it tonight but that is just the game that we play. It was wet out there and slippery, but you just make do with what you have.”

On the performance of the New Zealand Para athletics team, which snared seven medals, Lisa added: “I’m super proud. We’ve got such a good bunch from our leadership, our management crew, our coaches – our bond is pretty tight. I’ve really enjoyed hanging out with our athletics team. We had eight athletes (at Tokyo 2020) and won seven medals, I’m pretty happy. The girls won three golds, a silver and a bronze and collectively we did mean.”