Oli Chignell comes into the Night of 5s in a good run of form (Photo: Adam Binns)

Twelve months ago, in the countdown to the 2019 Night of 5s meet in Auckland, versatile endurance ace Oli Chignell had just received the news he had picked up a serious stress factor of the sacrum.

The injury proved a big blow to the 2018 national road race, cross country and 5000m champion and he faced a nine-month break from competitive action on the long road to a full recovery.

Yet after winning bronze at this year’s Athletics NZ Cross Country Challenge in his native Dunedin on his return in August, he has since gone from strength to strength.

Last month he achieved the fastest 10,000m time by a Kiwi in New Zealand for 17 years after racing to a 28:48.03 clocking in blustery conditions in Wellington.

And now, just over a year after picking up the lower back injury, he appears in the form of his life, optimistic of a strong showing at the 2020 edition of the Night of 5s – the next step on a journey he hopes will ultimately net him a spot on the New Zealand Olympic team for Tokyo next year.

“I’m out to take a big chunk off my 5000m PB (at 13:46.68) in Auckland on Friday,’ Oli explains. “A run under 13:30 would be fantastic and a stepping stone for what I hope will be another fast 5k at the Porritt Classic in February. If I can run a time of around 13:20 in New Zealand, there is no reason with more training and more overseas competition I couldn’t get that Olympic qualification mark (of 13:13.50).”

Born into a running family, it is perhaps little surprise the 1.70m tall athlete followed the same route. At the age of six he joined Hill City – University AC and after enjoying a gradual progression he secured his first national secondary schools title as a Year 13 student to win the the road race title five years ago.

National age-group medals followed on the track but it has been since joining his current coach, Chris Pilone, in 2017 that the Massey University marketing and management student’s career started to sky rocket.

“That was then I started to see the fruits of my labour,” he explains. “Chris was probably the biggest factor but, previously under my old coach Dave Stinson, I had a good background and he nurtured me well.”

Running an average of 130km a week around the often hilly terrain of Dunedin, Oli continued to build on his fitness and he was satisfied with his 2018-19 summer season, highlighted by a 5000m silver medal behind Matt Baxter at the New Zealand Track and Field Championships.

Later that year he ran on the European circuit for the first time, spending two months based in Leuven, Belgium. During his stint overseas he posted PB’s in both the 3000m (8:03.64) and 5000m (13:46.68) and thoroughly enjoyed the intensity of competing in the sport’s heartlands.

“It was a really great hub and the racing was on another level. I was based with five other Kiwi runners and it was a great learning experience,” Oli recalls.

“I would give myself eight out of ten (for the way I performed in Europe). I definitely went over there with aspirations for certain times, which I didn’t quite meet but I cut myself some slack because it was such a new experience.”

Oli returned to New Zealand and continued to enhance his running education by posting a handy 1:05:50 on his half-marathon debut at the Auckland Marathon.

In preparation for the 2019 Night of 5s, the South Islander paced Hamish Carson for the first 7.5km of the 10,000m race at the 2019 Agency Group Festival in Wellington.

However, shortly after that race came the grim diagnosis of a stress fracture of the lower back.

“It was the first serious injury of my career and I had about three months totally off running,” explains Oli, who missed the entire 2019-20 track campaign.

Using the period in lockdown earlier this year to gradually re-build his fitness, he then suffered a couple of further injury setbacks which stalled his return to competition until August’s NZ Cross Country Challenge at the Chisholm Park Golf Club.

In a high-class race won by Hayden Wilde with Sam Tanner taking silver, Oli also impressed to grab third and prove that he was in good nick despite the prolonged injury-enforced absence from competition.

“It was a pretty tough race but it was a decent performance, especially up against some guys in really great shape,” he says. 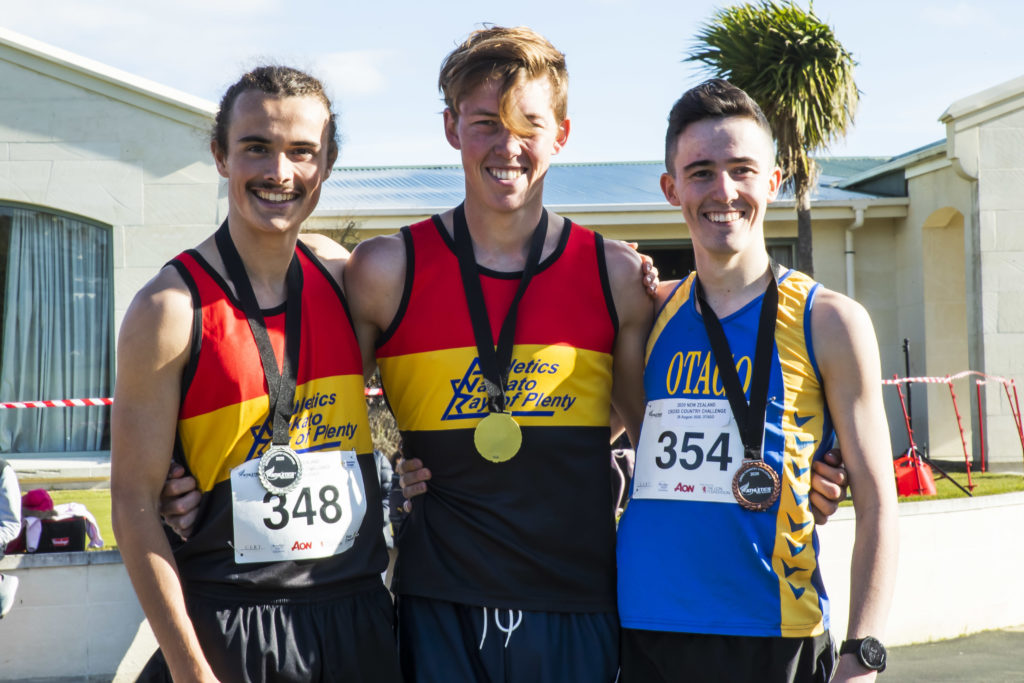 Returning to training after this race, he has enjoyed a smooth preparation and performed well over 10,000m in his last outing in Wellington when, despite facing ferocious winds, he still managed to achieve a sub-29-minute time.

“I went for a shakeout jog and it was like we were running into a brick wall, it was so windy. The game plan changed and I aimed for a slightly slower time with the pacemaker continuing for slightly longer to keep me sheltered from the wind. The wind actually changed direction and increased quite a bit and for the final 3km and every time I ran down the homestretch it felt like I was running into a gale,” he says.

“It was still a very respectable time and kind of cool it was the fastest run by a New Zealander for 17 years (since Phil Costley’s 28:31.71 in Inglewood).”

With the endurance scene in New Zealand currently stronger than for several generations – caused in part by the number of Kiwi athletes onshore because of the global pandemic – the men’s 5000m, the marquee event of the Night of 5s meet at AUT Millennium, promises to serve up a race dripping in quality.

The question is, what kind of pace will Oli commit to on Friday night?

“By the look of things, Matt Baxter and Hayden Wilde are going for the Olympic qualifying mark (13:13.50), which would be a New Zealand Residents’ record. I’m having a wee tussle about whether to go with that pace or not. There is talk of a second pacing group and whether I go with that or not I’m not sure.”

A PB is, however, the minimum goal for the confident 22-year-old who hopes the race will represent an early staging post on his way to more success later in the summer.

“I definitely would like to target the 5k at Porritt Classic and to compete in the New Zealand 3k champs,” he says.

“I’m also looking to do some more 1500s but after Friday night I’ll be able to map out the rest of my season a bit more.”

The Night of 5s will be streamed live on Friday 18 December from 4.30pm on the Sky Sport Next YouTube channel.

For the timetable and more information please go to nightof5s.com