Q and A with Will Anthony 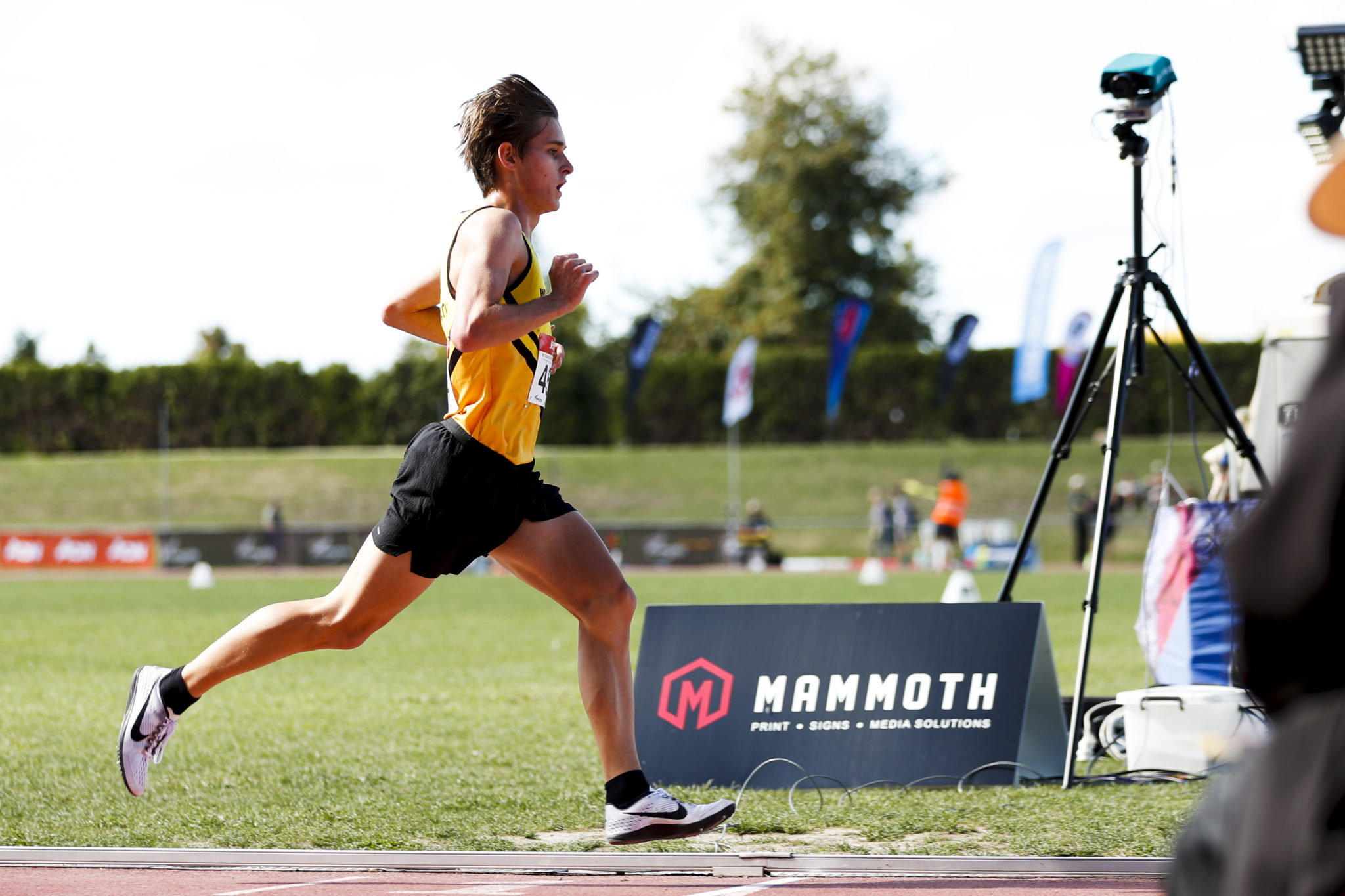 Will Anthony, the 17-year-old Olympic Harrier, is one of New Zealand’s most exciting athletics talents. We found out more about the national U-20 5000m champion as he takes part in our regular Q and A segment.

I really enjoyed running when I was younger and my parents signed me up for Olympic Harriers. From there, I started training and found that I was all right at it, so I stuck with it. I also found that the environment was really supportive, more so than even some of the team sports I have played, which makes it fun to go on trips and meet up with mates at big events.

My coach, Alastair Leslie, always keeps my racing load light to ensure that I don’t over race. This was especially important at the end of the track season, where he told me to have a short break to recover.

Representing New Zealand at the 2019 Australian Cross Country Championships in Wollongong, Sydney. Although myself and a few others on the team got sick, it was awesome being able to meet new people who I had raced but hadn’t really interacted with before. The team coming away with a bronze in the U-18 men’s teams race and silver in the U-18 men’s relay was great as well.

Either having the 2020 World Secondary Schools Cross Country Championships in Slovakia cancelled due to Covid or getting sick for the Australian champs. Not being able to race the best in the world for my age and not being at my best for one of the biggest races of my career so far were really disappointing.

I would hope to have been successful at the 2030 Commonwealth Games and be preparing for the 2032 Olympics. Competing against the best in the world would be an amazing opportunity and I would love to be able to bring home a medal for New Zealand.

When I was at the Australian Champs I went out way too hard and ended up blowing up after only a few kilometres.

Eliud Kipchoge. His performances in the marathon are awe inspiring, especially his sub-two-hour marathon in 2019. I worked out that I would struggle to stay at that pace for even 5km, which is mind blowing.

The posts my training partner Yahya makes on our training group and his own Instagram story about our trainings.

Improving all of the athletics facilities around New Zealand to a standard where they provide an unmatched experience for athletes, spectators and officials.

At the moment it would be Jakob Ingebrigtsen, he has had some incredible performances and it is amazing to see the things he has done already despite still being really young.

Outside of athletics, what is your greatest accomplishment this year?

I was fortunate enough to be selected as the 2021 Scots College Academic Prefect.

It isn’t very embarrassing but at the end of year nine I fractured my wrist and bruised my tailbone right before the New Zealand Secondary Schools and had to run the road race in a cast.

A tardigrade, as they are capable of surviving almost any environment. They’ve been found deep underwater, up on Mount Everest and have even survived in space.

On the trip to Australia I was given the nickname Einstein for a couple of reasons. I put physics, mathematics and chemistry down as my main non-athletics interests and I had school practice exams the following week, so I ended up being the only person studying while we were away.

Time travel. It would be very interesting to see what we’re doing in the future.

On the athletic side of things, I hope I am still part of the sport in some way, either running as a master or helping organise and run events. Besides that, I want to carry out research on the cutting edge of the natural sciences.

As well as being one of only a few species to both lay eggs and produce milk, platypuses sweat their milk through the skin because they don’t have teats.

Educate everyone on the risks and impacts of climate change, plastic pollution and biodiversity loss. These are major issues that humanity face which require immediate action.

If you could host a talk show, what three guests would you invite and why?

Sir David Attenborough, to hear about the many incredible things he has seen and experienced in his life. Albert Einstein, as I would love to hear about how he developed the General Theory of Relativity, which was so ahead of its time. Eliud Kipchoge, as it would be interesting hearing about his thought process and mental state during a marathon.