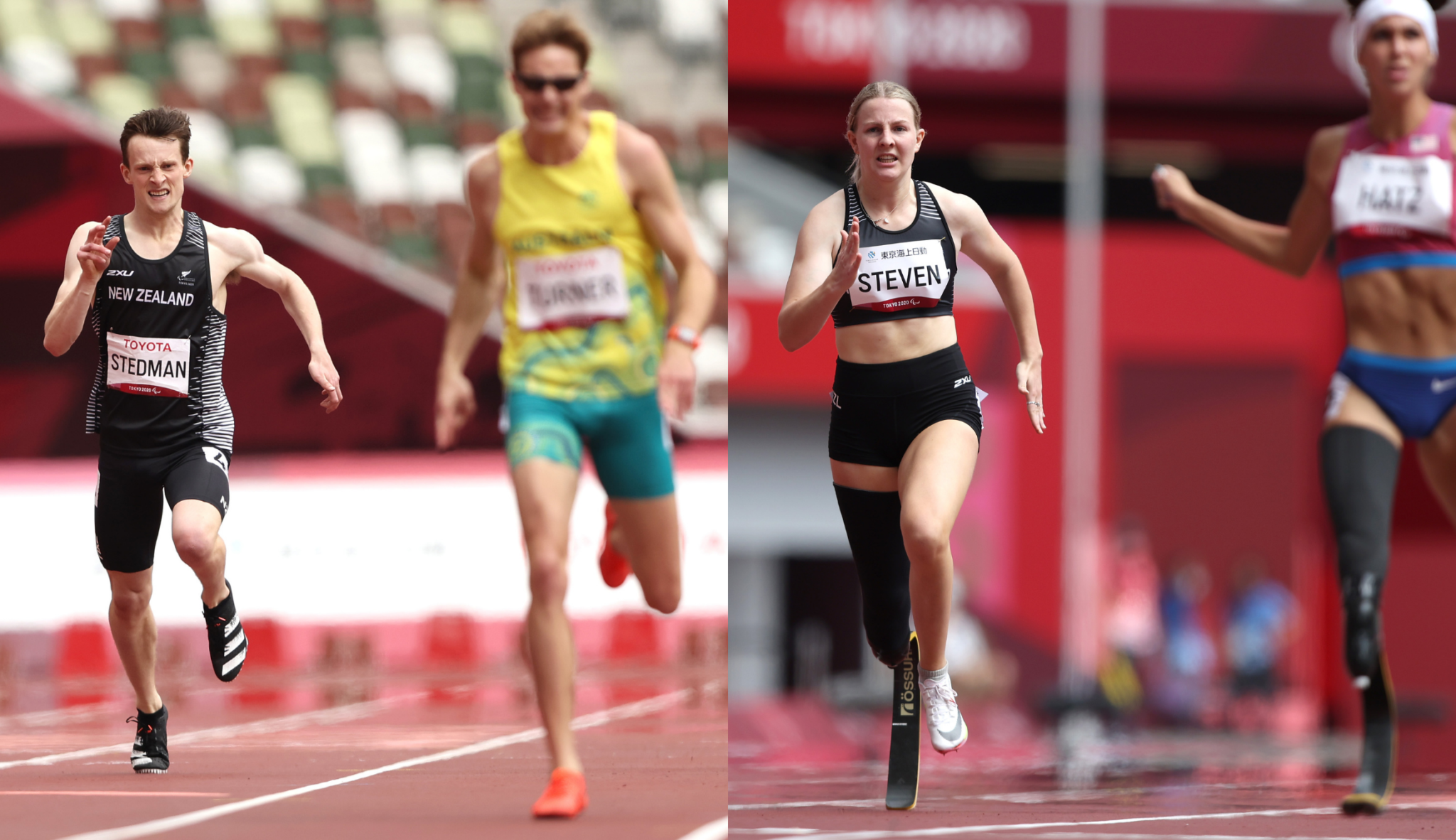 Will Stedman battled hard down the home straight to chase down the bronze medal (Photo: Getty Images)

Will Stedman produced a herculean effort to harvest a second Paralympic medal in successive days at the Tokyo Paralympic Games by battling to a richly deserved bronze in the men’s 400m T36 final.

Following his thrilling performance to win the men’s long jump T36 silver last night – courtesy of a magnificent Oceania record leap of 5.64m in the final round – the New Zealander returned to the Tokyo Stadium for his second competition in 16 hours.

On a hot morning in the Japanese capital Will, who won a bronze medal in the men’s 400m T36 at the 2016 Rio Paralympic Games, was drawn in lane four – one lane outside the pre-race favourite and world champion James Turner of Australia.

While Turner quickly made up the stagger on the Christchurch-based athlete, Will dug deep and entered the home straight in fourth – several metres or so behind Alexis Sebastian Chavez of Argentina who was holding third.

However, straining every sinew and showing admirable perseverance, Will managed to overhaul Chavez down the final 100m to earn bronze in a time of 54.75.

Turner, the world record-holder, banked the gold in a Paralympic record of 52.80 with the silver medallist Evgenii Shvetsov of the Russian Paralympic Committee a further 0.80 further back.

An elated Will said: “It’s been a full on last 16 hours and I’m really pleased with how it’s gone.

“I ended up with probably about four hours sleep last night. I felt really tired and the time showed a little bit, but I gave it absolutely everything. I had nothing left at the end of that race. That last 40m I was running on empty, so I’m really pleased with the effort I put in today.”

Will’s silver medal was the fourth medal collected by the New Zealand Para athletics team so far in Tokyo.

In another memorable session for the New Zealand team, sprinter Anna Steven toasted her 21st birthday by advancing to the final of the women’s 200m T64 final on time.

The Aucklander, who competes for North Harbour Bays Athletics, posted a stunning new personal best and Oceania record of 28.60 to place fifth in heat two and progress to the medal race – which takes place at 10.52pm today – by a margin of 0.04.